A serious question: Has there ever been a more partisan hack pretending to be an economist than Paul Krugman? 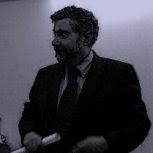 ...the federal government could provide jobs by ... providing jobs. It’s time for at least a small-scale version of the New Deal’s Works Progress Administration, one that would offer relatively low-paying (but much better than nothing) public-service employment. There would be accusations that the government was creating make-work jobs, but the W.P.A. left many solid achievements in its wake. And the key point is that direct public employment can create a lot of jobs at relatively low cost. In a proposal to be released today, the Economic Policy Institute, a progressive think tank, argues that spending $40 billion a year for three years on public-service employment would create a million jobs, which sounds about right.

...this would cost money, probably several hundred billion dollars, and raise the budget deficit in the short run. But this has to be weighed against the high cost of inaction in the face of a social and economic emergency... 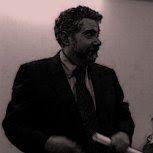 "My prediction is that politicians will eventually be tempted to resolve the [fiscal] crisis the way irresponsible governments usually do: by printing money, both to pay current bills and to inflate away debt. And as that temptation becomes obvious, interest rates will soar."

...A year and a half later [Krugman] was comparing the U.S. deficit with Argentina's (at a time when it was 4.5 percent of GDP). Has the economic situation really changed so drastically that now the same Krugman believes it was "deficits that saved us," and wants to see an even larger deficit next year? Perhaps...

...But it might just be that the party in power has changed.

Krugman is a laughingstock, with or without a Nobel Prize. Come to think of it, he fits in perfectly with fellow prize winners Al Gore and Yassar Arafat.