China Hush has details on the despairing Chinese entrepreneurs who were stuck with inventory they couldn't sell during the President's visit.

The item was selling like hot cakes in a Beijing souvenir shop until the government cracked down. “The Industry and Commerce Bureau came round last week and told us that if we sold this T-shirt we’d be closed down” said one hawker on a popular tourist street who preferred not to give his name. 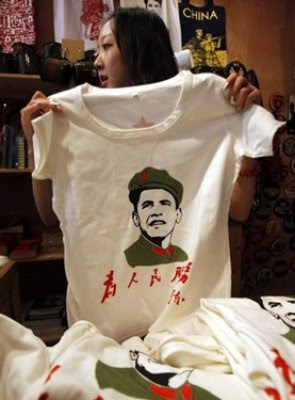 He lamented the loss of business. “People are coming here every day asking for those T-shirts,” he added.

A business revealed that they received a phone call from the Beijing city government, asking them to immediately stop selling them. There were also inspectors visiting the store to confirm that t-shirts have come off the shelf. 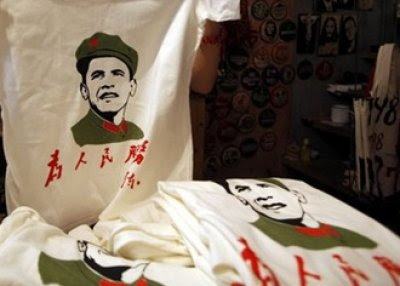 Businesses were also informed that once Obama leaves mainland China after the end of his visit, they can continue selling “ObaMao” t-shirts again...

DC residents, of course, are under no such restrictions.