Ace with the most descriptive headline of the day: "Smart Power(tm) Breakthrough: Iran To Eliminate Expand Nuclear Program". 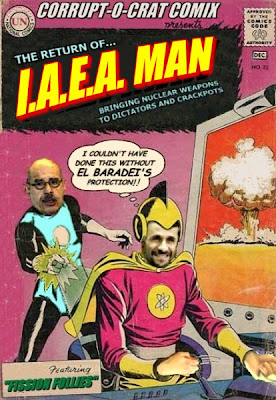 Each site will be the size of the existing Natanz plant with the aim of producing between 250-300 tonnes of uranium a year.

IRNA, Iran’s state news agency, says the Government ordered the Atomic Energy Organization of Iran to begin construction of five uranium enrichment sites that have already been studied and propose five other sites for future construction.

Maybe if President Obama modified the cadence of his speech, used a more mellifluous tone, and offered more platitudes, perhaps then the Iranians would be receptive to his begging. For without a credible stick to accompany the many proffered carrots, begging is all that's left.