What did Al Gore know -- and when did he know it?


The mainstream media remains, for the most part, curiously silent over the biggest scientific and socio-economic scandal since Piltdown Man. Global warming (or climate change, pick your branding) has been exposed as a hotbed of fraud, cover-ups and faux science.

Former Vice President Al Gore has played a major role for more than a decade in the effort to publicize the problem. He has personally earned, by some estimations, between a hundred million and a billion dollars by hawking the United Nations' vision of global warming. In April, Gore was questioned by Rep. Marsha Blackburn about his personal motivations for pimping carbon regulation.

"Is this legislation that we’re discussing here today, is that something you are going to personally benefit from?” Blackburn asked. 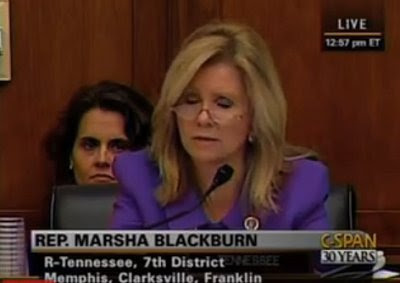 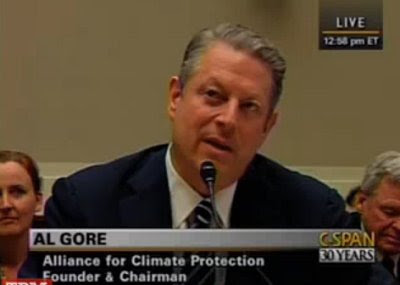 "I believe that the transition to the green economy is good for our economy and good for all of us," Gore said. "And I have invested in it. But every penny I have made I have put into a nonprofit — the Alliance for Climate Protection — to spread awareness of why we have to take on this challenge. If you believe that the reason I have been working on this issue for 30 years is because of greed, you don’t know me."

"No, sir," Blackburn said. "I’m not making accusations. I’m asking questions that have been asked of me (by) individual constituents that were seeking a point of clarity."

Gore talked over Blackburn as he said, "I understand exactly what you’re doing, Congresswoman. Everybody here does."

Blackburn took plenty of heat -- no pun intended -- for her questioning, which now seems prescient.

But Gore's venture capital fund has contributed at least $2.2 million to political campaigns including those of President Obama, Sen. Harry Reid, and Speaker Nancy Pelosi.

And expecting an ROI, in the form of carbon legislation that would advance his various business ventures, Gore proclaimed little more than a month ago that progress was at hand.

"We’re very close to that political tipping point... Never before in human history has a single generation been asked to make such difficult and consequential decisions." 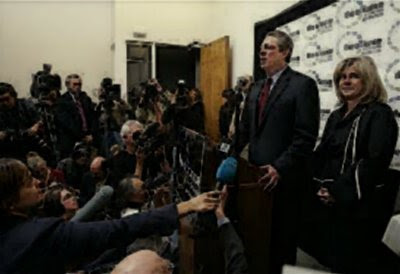 Gore's work with the United Nations to market the cause resulted in a 2007 Nobel Peace Prize. He called global warming "the greatest challenge we've ever faced... [it is] a true planetary emergency. The climate crisis is not a political issue, it is a moral and spiritual challenge to all of humanity."

The Nobel Peace Prize committee also cited the United Nation's Intergovernmental Panel on Climate Change (IPCC) for its tandem efforts that have "created an ever-broader informed consensus about the connection between human activities and global warming."

But it is clear now that the IPCC was engaged in a massive cover up. Among other activities, the Climate Research Unit (CRU) at the heart of the IPCC's research:

• Hid code from other researchers;

• Conspired to evade disclosure laws despite their public funding sources;

• Claimed to have 'lost' the original data files that were the underpinnings of their findings;

The CRU's agenda can best be represented by a 'hockey-stick graph' though it's not one that represents temperature. 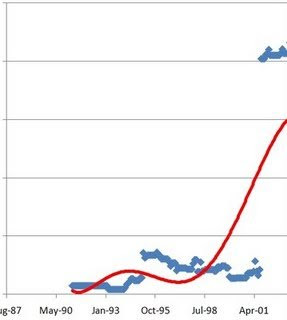 It's the approximate amount of funding received by the CRU between 1990 and 2002.

Given the success of "open source" innovation -- from the Linux operating system to the MySQL database -- a crucial question is raised:

If global warming truly represented such a global crisis, why wouldn't the code and data be freely shared among researchers? Why wouldn't the IPCC leverage "the 'wisdom of crowds' and researchers worldwide to attack the problem?

The code and data have been hidden from view for one reason and one reason alone: global warming is a multi-trillion dollar bunko scam that advances the cause of a one-world government.

Given the obvious fraud, one must ask whether Al Gore was complicit. What did Gore know -- and when did he know it? I can hardly wait for his deposition and testimony.

I'd also like to go on record as suggesting a polygraph exam for Gore.

And regarding another facet of the issue, your blog title applies to that as well.

It now appears one central point that Gore uses to defend his side - that skeptic scientists are corrupt and untrustworthy - has huge problems associated with it. See: "Smearing Skeptic Scientists: What did Gore know and when did he know it?"
http://www.climatedepot.com/a/11168/Climate-Depot-Exclusive-Smearing-Skeptic-Scientists-What-did-Gore-know-and-when-did-he-know-it