AND BACK IN GUN-FREE CHICAGO: Murder Capital of the United States Now Running Hotter Than 2011

Hey, how's that whole 'prevent law-abiding citizens from exercising their Constitutional right to protect themselves' thing working out, Rahmorrhoid?

From our blogging friends over at HeyJackass.com: 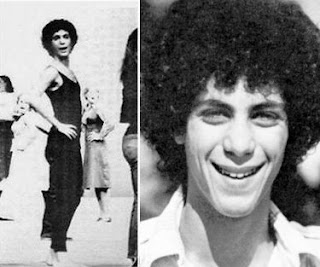 No idea how much overtime has been expended, but we know it got that much harder to track the other day.  We got this e-mail from an interested party:
We'll admit we didn't use the site before, so we aren't sure what was there, but our e-mailer obviously has used it and noticed right away that a significant method of tracking spending has been concealed. Anyone want to guess why?

And I love the liberal dips***s who blame neighboring cities for Chicago's homicide rate. "The guns are all coming in from other cities where they're easy to obtain," they'll whine, "that's why the murder rate is so high!"

You mean those same cities that have only a tiny fraction of the murders that Chicago suffers?

Regarding that last bit, Doug, I was discussing that the other day at Politico with some bozo claiming the majority of guns used in gun crime in ChiCAgo were purchased in Indiana.

Here's why: When you look at a demographic map of the region, places North and West of mid-town ChiCAgo are predominantly "nice" areas, with lower population density than places South.

So if you're crook trying to buy something, you don't automatically think, "Hey, I'll head up to Northwestern University to get a gun." No, you go to wherever you have to go, which will be back toward Gary, Indiana. And when you get there, you won't be visiting a Gun Show or a branch of The Firing Line gun shops. You'll be paying cash on a corner to some guy you don't know, and who won't be doing a background check.

What you won't do is think about the fact that you crossed a state line to get there.

...Not if you're a thug planning on shooting some rival gang member.

You probably wontpost this because it doesnt support your argument; FL, MI, LO, SC are loving the ability to carry, conceal and shoot unarmed folks if they threaten you with skittle or loud rap music, and even as states have terrifying amounts of gun violence, and crime in general for that matter. I live in NYC, guns are so damn restricted I'm almost frightened to see them in westerns on TV. and yet; if you live in a big or small city; its safer than you want to believe. Chicago is a bit messy; raked at 43 for large cities with high crime that sucks, but funny thing; Indiana aint too hospitable either.