Highlights from a speech by Bob Woodward [Glenfiddich]


I recently attended a speech by Bob Woodward. I thought some of the highlights would be interesting for your readers. 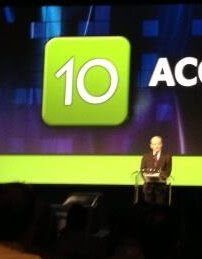 1. Hillary can be a "lamp-throwing woman" with her anger clearly flashing when she is questioned.

2. Al Gore is now a wealthier man than Mitt Romney, but it was achieved through his connections (i.e., government). With his massive and overinflated ego, sitting next to him is the worst seat at dinner.

3. Gerald Ford may have made the most courageous decision in recent history with the pardoning of Nixon; he knew it would cost him his whole political career. I could not believe or disagreed more with the decision at the time. But he did it for the country to end risk of years of distraction.

4. Barack Obama does not have a single personal relationship in all of Washington. Not a single one with either a Democrat or a Republican in Congress. He holds 50 minute meetings in the White House and there is no attempt to reach an agreement or negotiate.

5. A Woodward colleague read all tens of thousands of pages and regulations related to Obamacare. It is “far more complex than the creation of the universe.” The man who read it was physically shaken and said it could be the most serious threat to the future of healthcare and government spending ever.

6. On negotiation: the person across the table on tough negotiations is your best friend. Only they can give you what you need.

7. On friendship and trust: he has learned that it is really hard to not like someone if they say they like you. And that “what you do and who you are must be related to be happy and successful.”

at 9:09 PM
Email ThisBlogThis!Share to TwitterShare to FacebookShare to Pinterest
Labels: MSM, Obama

Woodward used to be a Democrat, but after criticizing Obama for what is plain for all to see, he is now considered by the Left to be a vengeful Republican.

The Left cannot understand why he would (supposedly) turn against his lifelong beliefs to harm Obama the Great.

In the hands of partisan leftists, Obamacare is a means of silent genocide and totalitarian control.

Criticize Obama and dissent from the PC line and you will be denied surgery, medication and whatever else they dictate.

The real problem is not that Woodward sounds rational at this point but the fact that he and many on the Left accepted irrational and long disproved tenets and allowed their implementation. He is like an arsonist who stands across the street from his work having second thoughts about using gasoline instead of kerosene. Too late sparky you own Obama. This goes for Noonan, Frum and Brookes even more so.

It'd be fun to throw the lamp back at Hillary. Any of us probably have a lot better aim.

Obamacare is the modern equivalent of the Nazi 'Enabling Act.'

Modern day 'journalists' are the equivalent of groupies. Their intellectual peer is Beyonce.

Bilejones said...
This comment has been removed by the author.
5:22 PM