Can Libertarians and Conservatives Join Forces? A #BlogCon2013 Panel Discussion

One of the most interesting and contentious panel discussions at BlogCon Dallas had a simple caption: "Conservatives and Libertarians Building Coalitions That Win ." 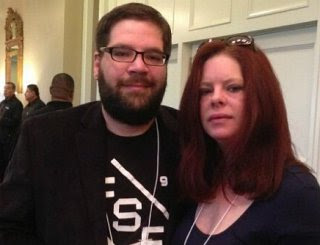 Wayne Dupree -- you may know him as News Ninja -- drew the loudest applause with a plea to win. "I'm sick of losing elections," he said, "We need to unite on core principles to win elections. Stop focusing on how we are divided."

"Liberty Speaks" -- a pseudonym for a female blogger who has faced a series of threats from the tolerant left -- echoed that cry. The core principle that should unite conservatives and libertarians is the terrible fate that awaits society under the collectivists. In fact, the two branches of individualism are united by free markets, private property and respect for free will and individual action. The left believes only in government; that mankind is too stupid to organize its own affairs in a manner suitable for the Statist. That dichotomy, she said, must be exploited.

• The "Republican brand" appears fatally damaged, especially for the 18-21 demographic. In general, they feared labeling themselves Republicans, which demonstrate just how disastrous the "leadership" of anti-conservatives, neo-Statists like Reince Priebus (Spelling off? Who cares?) and John Boehner has turned out for the GOP.

• Many call themselves "Conservatarians" to indicate the hybrid appeal of libertarianism and Constitutional conservatism.

• There was universal agreement that electing more statesmen like Ted Cruz is the only answer to the collectivist madness that threatens to engulf the nation.

At the end of the discussion, there were general agreements but no universal consensus. There were no fistfights, but a grudging acceptance that working within the two party system is the only pragmatic solution to controlling the Left.

You can be libertarian based on the issues and still vote for conservative/Republican candidates. Not mutually exclusive... #blogcon2013

at 9:27 AM
Email ThisBlogThis!Share to TwitterShare to FacebookShare to Pinterest
Labels: Protecting America

What we most need is a study pointing out where we all agree. We have Republicans, Libertarians, Tea Party People of various persuasions, establishment Republicans, Conservatives, Evangelicals, and who am I forgetting?

I suspect that the areas of agreement are very large, the areas of disagreement smaller than imagined, yet we fight like cats and dogs, usually angry about one of our officials not speaking out strongly enough, or saying the wrong thing, or not saying anything at all. When a candidate loses, we turn on him for failing to win, because he didn't do this, or did that.

We get hung up on the differences, legalizing pot, background checks, border fence, foreign aid, immigration and the like. If we were more confident about our principles (remember that the Democrats don't have any)and how much we agree, perhaps we wouldn't be so easily characterized by our opponents as mean and uncaring.

That we haven't seized power in the GOP after all this time is amazing. They cannot get elected without us, get we tolerate their constant betrayals.

We can re-brand the GOP with two mere replacements: Rinse-Fail-Repeat Presbus, and Jane "I'm being blackmaiiled" Boehner.

Like Obama's suddenly getting his mask pulled off, the GOP could suddenly become hip with the right people for its face.

I agree 100%. I have been saying this for years. Legal abortion is another one. No one has to compromise their beliefs. We need to be united and pick our battles wisely. Let's put the social issues we disagree on the backburner for now. Please pro lifers..you can fight Roe vs Wade after we win and get our country back. This is extremely urgent we rally together.

At first I sort of laughed at the notion. I have seen what of my issues the other side, in both directions, has asked me to tender. But if Ted Cruz look-alikes would be the babies of that romp, I'd put my quips aside. Now where is that political k-y. Time to... get busy?

I've come to conclude that Libertarians (the ones who vote for someone who didn't attend any debates, NOT people with Libertarian leanings) are fringe characters with nothing to offer but noise.

Great ideas on reforming banking. But they'll never get my support when they argue for anti-value positions like legalizing pot, abortion and prostitution - even if they have 'great' reasons for these arguments.

I will continue to stay loyal to the Republicans because they suck less.