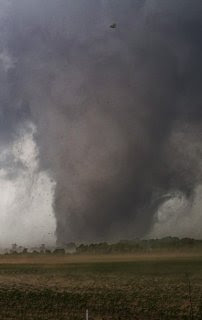 For Barack Obama, speech isn't free when it criticizes him: Exam
Tyranny is no longer ‘lurking’: RWN
McCaskill: Fire Everyone Involved in Obama’s IRS Scandal: RWN

AP Chief: "Sources no longer want to talk. They fear they will be monitored by the Government.": WZ
Internal Memo Proves That CBS’ Sharyl Attkisson Did Not Get Benghazi Emails Story Wrong: Mediate
The White House is taking a hard line on scandal talk. Can they make it stick?: WaPo

MSNBC ratings hit 7-Year low with Obama scandals: FAM
Why Do Bloggers Speak Out?: Blaze
An incredible discussion by Fox's "Political Insiders" about the Impact of the Scandals: Lott

Muslims fly Nazi flag next to mosque near Jerusalem: JihadWatch
Turkish Prime Minister Erdogan Praised at White House as He Puts Knife In U.S.’s Back: BRubin
Israel fires back at Syria after gunshots at its troops: Reuters

QOTD: "Fraud flows from the top down, not the mid-level up. Mid-level officials in the White House and the State Department do not call the shots — they carry out orders. They also were not running for reelection in 2012 or positioning themselves for a campaign in 2016. The people doing that were, respectively, President Obama and Secretary of State Clinton.

All of that being the case, I am puzzled why so little attention has been paid to the Obama-Clinton phone call at 10 p.m. on the night of September 11." --Andrew McCarthy

Anyone asking why the administration leaked stories about the IRS and monitoring reporters now? Might I suggest it is not going to stop. Further, might I suggest nothing will be done about it. For certain, these operations were meant to make people believe they will not stop. And really, would anyone believe the administration or the DOJ if they suddenly remembered who ordered these actions, apologized, and promised not to do it again?
The purpose of the administration disclosing the IRS activities and these media attacks is to frighten off citizens, the media, media sources, and anyone who has information the administration does not want disclosed. The administration has plans for the next 3 years. Big plans. They are not just sitting around doing the people's business. They are plotting and scheming. They do not want any disclosure of what they are planning and do not want any pesky questions about their objectives. They sure as Hell don't any Senate election interfering and hope they can take back the House. They will impose their vision by any means necessary, without debate, without worrying about legalities, and without concern about any opposition.
The press now understands their compliant obedience is of critical import to the administration's goals. They will "report" only that news leaked to them by official administration sources. They will not question how the official administration story was created or shaped. They will not look beyond the story given them. They will accept their role in the "fundamental transformation."
And that's that.
The citizens are scared. Listen to the citizen stories. Heck, listen to the reporters' stories. What happened has put fear in their voices. They know someone is looking over their shoulder, watching, monitoring, and if they cross a line, make a donation, speak out or report, they may be investigated by the DOJ or audited by the IRS, and exhaust their life savings defending themselves against whatever charges can be imagined.
The press is controlled, the people intimidated. The last thing they need is to disarm the public and that is happening in select states whose governors and democratic state controlled legislatures are complying with orders from the party in Washington.
We now live under tyranny and are close to living in a police state.