NO CONSPIRACY, NOTHING TO SEE HERE, MOVE ALONG: Voter Integrity Group targeted by IRS, FBI, OSHA, and ATF

There's a word for a government using the force of law to target and harass its political opponents: fascism.

Such is the story of the non-partisan voter integrity group True the Vote, founded by business owner Catherine Engelbrecht. For the last three years, Engelbrecht and her business have been systematically harassed and intimidated by the Obama administration.

[In] February [2012], True the Vote received a third request for information from the IRS, which also sent its first questionnaire to King Street Patriots. Catherine says the IRS had “hundreds of questions — hundreds and hundreds of questions.” The IRS requested every Facebook post and Tweet she had ever written. She received questions about her family, whether she’d ever run for political office, and which organizations she had spoken to. 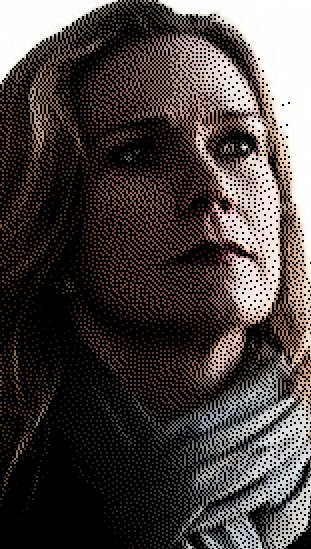 “It’s no great secret that the IRS is considered to be one of the more serious [federal agencies],” Catherine says. “When you get a call from the IRS, you don’t take it lightly. So when you’re asked questions that seem to imply a sense of disapproval, it has a very chilling effect.”

On the same day they received the questions from the IRS, Catherine says, the Bureau of Alcohol, Tobacco, Firearms and Explosives (ATF) launched an unscheduled audit of their machine shop, forcing the Engelbrechts to drop everything planned for that day. Though the Engelbrechts have a Class 7 license, which allows them to make component parts for guns, they do not manufacture firearms. Catherine said that while the ATF had a right to conduct the audit, “it was odd that they did it completely unannounced, and they took five, six hours. . . . It was so extensive. It just felt kind of weird.”

That was in February. In July, the Occupational Safety and Health Administration paid a visit to Engelbrecht Manufacturing while Bryan, Catherine, and their children were out of town. The OSHA inspector talked with the managerial staff and employees, inspecting the premises minutely. But Bryan says the agent found only “little Mickey Mouse stuff, like, ‘You have safety glasses on, but not the right kind; the forklift has a seatbelt, but not the right kind.’” Yet Catherine and Bryan said the OSHA inspector complimented them on their tightly run shop and said she didn’t know why she had been sent to examine it.

Not long after, the tab arrived. OSHA was imposing $25,000 in fines on Engelbrecht Manufacturing. They eventually worked it down to $17,500, and Bryan says they may have tried to contest the fines to drive them even lower, but “we didn’t want to make any more waves, because we don’t know [how much further] OSHA could reach.”

There's also a word for the coordinated targeting of a political opposition group by four different arms of the government: conspiracy.

I can assure you that when the entire history of this administration is written, we will discover that Barack Obama, Valerie Jarrett and/or David Axelrod instigated these illegal and un-American attacks.

It's time for a special prosecutor and, if the president won't begin a legitimate inquiry, one can assume he's guilty of coordinating the conspiracy.

"A well regulated militia, being necessary to the security of a free state, the right of the people to keep and bear arms, shall not be infringed." Paybacks are going to be hell on everyone.

Each faction is playing their instrument of intimidation and fear.

Multiple people didn't come up with this idea, at the same time.

And was that person the same one who gave the directives?

ALL administrations have used the IRS. Only the almost-total irradication of this despicable tool of government waste will suffice to make Americans safe from those who would USE their power over us. Will that happen? Not on your life! The damned politicians will NEVER give up that power. Instead, we, the people, will one day have to take it away from them!