MUST WATCH: Rubio Slams Obama White House -- "These are the Tactics of the Third World"

SEN. MARCO RUBIO (R-FL): "So in the span of four days, [there were] three major revelations about the use of government power to intimidate those who are doing things that the government doesn’t like. 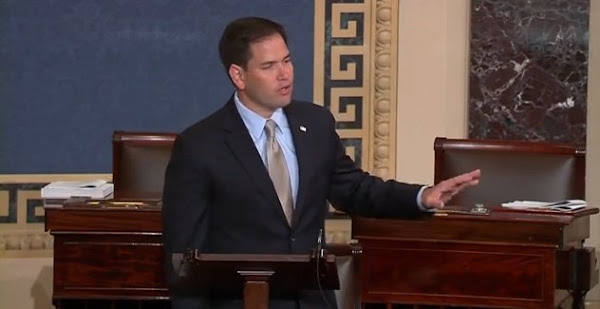 These are the tactics of the third world.

These are the tactics of places that don’t have the freedoms and the independence that we have here in this country. And it is shocking to Americans that this would come to light in the way that it has. I would submit to you, however, that none of this is new. That what we see emerging here is a pattern, a culture, a culture of intimidation, of hardball politics that we saw both on the campaign trail and now through the apparatus of government." (Senate Floor, May 15, 2013)

yes he is.....playing commercials here daily......and or that he is a dumb ass

"Americans for a conservative direction" is paying for the pro-amnesty bill commercials. Even so, Sen. Rubio needs to disavow the bill.


Well if we aren't a "Third World Country" by now, by the time Marco, Lindsey and Johnny are finished ought to about do it for sure.