HOLY CRAP: IRS apparatchik Lois Lerner can either testify before Congress or "she can sit in a cell" until then

California Congressman Darrell Issa's committee wants one major question answered: Who decided to use the IRS to target political opponents? [IRS executive Lois] Lerner may know. She decided to invoke her Fifth Amendment privilege against self-incrimination. She refused to answer questions. Yet she badly miscalculated. 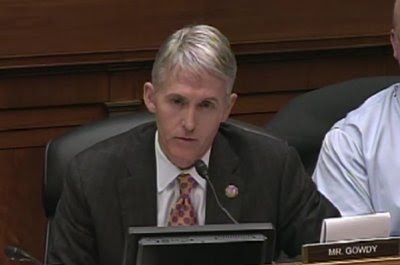 She began with a self-righteous opening statement claiming she did nothing wrong. Only after defending herself did she invoke her Fifth Amendment rights.

Republicans on the committee thought they had been defeated, but [former prosecutor Rep. Trey] Gowdy knew better. Once a person issues a statement, Fifth Amendment privilege is waived on the substance of the statement. By issuing an opening statement, Ms. Lerner was testifying. Her right to stay silent on that testimony was gone forever.

A panicked liberal Elijah Cummings of Maryland pointed out that while congressional hearings are "like" a court of law, they are not in actuality a court of law. Even Congressman Issa, normally a very sharp and prepared operator, had to check on whether Gowdy's interpretation applied... It absolutely does. So what do Republicans do next? 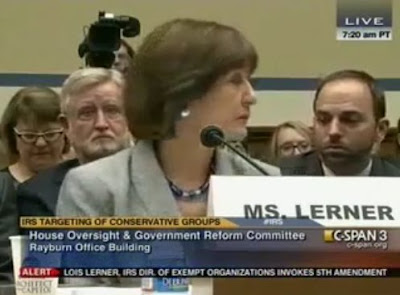 Long ago, Obama took the gloves off because he rightly concluded that Republicans did not have the stomach for a protracted fight. They would back down because they always do. They are so scared of being seen as "mean" and "partisan" that they would rather just say they tried their best and roll over.

Gowdy does not roll over, but he is not in charge. Issa has a major decision to make.

Since Lerner waived Fifth Amendment privileges, Issa must compel her testimony. If she refuses, then she must be arrested and held in contempt of Congress. She can sit in a cell until she agrees to testify.

...This woman is no victim. There is a criminal element in our government. Using the IRS to target political opponents is a crime. Lerner is suppressing information on who may have been in charge of ordering those crimes. She blundered on the stand, which is her fault.

Like many Obama employees, she has used the legal system to keep the truth at bay. Unlike her colleagues, she was less clever about it. She turned out to be the weak link.

I'd be stunned if Issa goes back after her. The GOP still doesn't believe they can win against Obama.

It is now obvious, she is the one to put pressure on for answers.