How many ignored warnings does it take? That is one question that should hang over Britain after the horror of the daytime murder of a British soldier on the streets of south London. On Wednesday afternoon, Drummer Lee Rigby was killed in Woolwich by two men wielding large knives and shouting "Allahu akbar"—God is great. 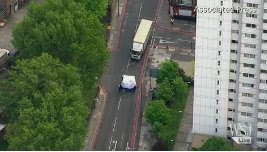 slamists have been saying for years they would do this. They have planned to do it. And now they have done it.

The attack itself is not surprising. What is surprising is that British society remains so utterly unwilling not just to deal with this threat, but even to admit its existence. Politicians have called the Woolwich killing "unforgivable" and "barbarous." But expressions of anger should not really be enough.

Attempts to attack military targets in Britain go back to before the millennium and even before, it is important to note, the war on terror. In 1998 Amer Mirza, a member of the now-banned extremist group al Muhajiroun, attempted to petrol-bomb British army barracks. In 2007, a cell of Muslim men was found guilty of plotting to kidnap and behead a British soldier in Birmingham. The plan had been to take the soldier to a lock-up garage and cut off his head "like a pig." They wanted to film this act on camera and send it around the world to cause maximum terror.

In 2009, al Muhajiroun protested at a homecoming parade in Luton for British troops returning from Afghanistan. Carrying banners saying "go to hell," "butchers" and "terrorists," the group was protected by British police officers from an increasingly irate crowd of locals. The resulting outrage toward the police gave rise to the deeply troubling English Defence League, a street protest movement that often turns violent. 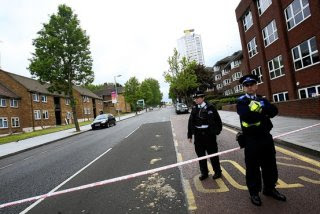 Now comes the attack in Woolwich, which the perpetrators—as with the earlier cell—wished to be observed and even filmed. Reports suggest that they invited people to capture their actions on video. The perpetrators gave interviews, machetes in hand, to bystanders with cameras. This horrific scene is something that will stick in the memory.

But it should also have been foreseen. Instead we entered the stage of denial. For there is already, in the reaction to events, more than a hint of what I have previously termed "Toulouse syndrome." The term is named after the attacks last year carried out by a jihadist called Mohammed Merah, who killed three French soldiers in a rampage that concluded with the murders of four French Jews at a school in Toulouse.

In the early stages of the attacks, when little was known, there was significant speculation that the culprit was a far-right extremist. At that stage everybody knew what they were going to say. But once the culprit turned out to be an Islamist, the gaze nearly fell away completely. "Nothing to see here, please move on" was the order of the day.

"Toulouse syndrome" also touched Boston last month. After the bombing at the marathon, media and politicians waited, hoping—some even said as much—that the attackers would be tea-party types. Then everybody would know what to say. But when it turned out to be Islamists?

So it is with the Woolwich killing, which British officials have lined up to denounce. Yes it is sickening. Of course it is barbaric. But what of it? Even all these years after the attacks of Sept. 11, 2011, our societies remain unfit for purpose in facing up to—and facing down—Islamic extremism.

Too many still seek refuge in ignorance and denial that was so memorably displayed by U.S. officials after the Fort Hood shooting in 2009. A man who was a member of the American armed forces, Maj. Nidal Hasan, gunned down his colleagues while shouting "Allahu akbar." On that occasion the American government, like the French government before it and the British government this week, decided to focus on everything about the attack other than what really mattered: the motive. Fort Hood was put down to a case of workplace violence. 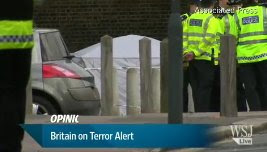 There will be many angles to the events in London that must be addressed in the coming days, and we can hope many will receive the appropriate level of public attention. Among them will be one particularly unpleasant irony.

Most of the extremists who have repeatedly expressed their hatred of British soldiers are themselves supported by the British state. A prominent hate-preacher—Anjem Choudary, a leader of the disbanded al Muhajiroun—was even caught on video earlier this year extolling Britain's "jihad-seekers' allowance." As he explained to his followers, "The normal situation, really, is to take money from the kafir"—a slur for non-Muslims. "Allahu akbar. We take the money."

After the video showed up online, a BBC reporter asked Mr. Choudary to clarify how much he's taking—the press has long reported a sum of £25,000 ($37,770) per year. "It's irrelevant," Mr. Choudary replied.

This would not be the first time a country has paid both sides in a conflict. But if the reported figure is anywhere near accurate, it would surely be the first time in human history that a society has paid its opponents better than it pays its own. A British soldier can expect to start in the army on a salary of around £16,000 ($24,172).

The events in south London must cause a re-evaluation by British society of the insanity we have been permitting. The question is not how sad we feel. The only question should be what we do about it.

"How many warnings...?" I've asked that question before, first of France, now England, now Sweden. Is it the human race's destiny to look the other way? We ignore peril at our peril.

This country is a little behind the curve (the downward spiral), but there's no evidence that we're taking any of this seriously.

'England' in denial? WE have a fascist press by our traitor president, going so far as to commit several impeachable offenses, including criminally oppressing a ridiculously compliant news media.

America is in denial. England will burn because its leaders are stupid, not because a traitor is heading its government.

We're not getting away with anything in the US, either. The Boston bombing was just a warmup.

Thank goodness we have John Boehner, McCain, Graham and Rinse-Fail-Repeat Prebus to protect us.

To be honest it's too late. Anything now would just be contrived. The British have been completely neutered of a will to survive, and understandings of righteous outrage. They are already dead. Piss on them.