For five days, reporters at the Associated Press had been sitting on a big scoop about a foiled al-Qaeda plot at the request of CIA officials. Then, in a hastily scheduled Monday morning meeting, the journalists were asked by agency officials to hold off on publishing the story for just one more day. 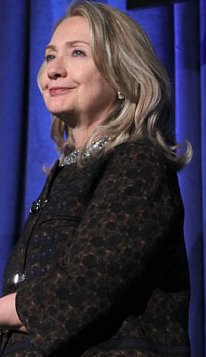 The CIA officials, who had initially cited national security concerns in an attempt to delay publication, no longer had those worries... Instead, the Obama administration was planning to announce the successful counterterrorism operation that Tuesday.

AP balked and proceeded to publish that Monday afternoon. Its May 2012 report is now at the center of a controversial and broad seizure of phone records of AP reporters’ home, office and cellphone lines. Attorney General Eric H. Holder Jr. said the unauthorized disclosure about an intelligence operation to stop al-Qaeda from detonating explosives aboard a U.S. airliner was among the most serious leaks he could remember, and justified secretly obtaining records from a handful of reporters and editors over a span of two months.

Now, some members of Congress and media advocates are questioning why the administration viewed the leak that led to the May 7 AP story as so grave.

The president’s top counterterrorism adviser at the time, John O. Brennan, had appeared on “Good Morning America” the following day to trumpet the successful operation. He said that because of the work of U.S. intelligence, the plot did not pose an active threat to the American public.

...AP’s story about the foiled plot was at odds with the calming message the White House had been conveying on the eve of the first anniversary of the killing of Osama bin Laden... “As we told Reuters a year ago, at no point did AP offer or propose a deal in relation to this story,” said spokeswoman Erin Madigan White. “We did not publish anything until we were assured by high-ranking officials with direct knowledge of the situation, in more than one part of the government, that the national security risk was over and no one was in danger. The only deal was to hold the story until any security risk was resolved.”

Curiously, the DOJ didn't investigate the Obama administration when it intentionally revealed a long list of national security secrets that hampered a series of ongoing operations.

The Washington Post is part of the problem, not the solution. As such, they have become irrelevant.

Obama is a very vindictive individual.