IRS-GATE: The Inspector General's Report is a Joke [Kahn]

So the Inspector General's report into allegations that the Internal Revenue Service targeted conservative groups is out. And what it tells us can be summarized in a few bullet points, rather than the 40-plus pages it actually used: 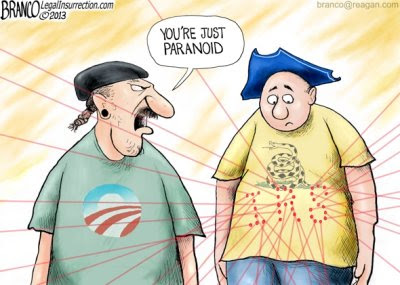 • Some low-level IRS employees mysteriously started screening conservative applications for tax-exempt status -- asking unlawful questions and illegally delaying paperwork for years -- and got away with it.

• When management discovered their activities they demanded they stop. And no one was disciplined or fired.

• Those same low-level IRS employees, after a while, went right back at it, defying their management and expanding their screens to encompass even more conservative groups. And, once again, no one was disciplined or fired.

• When the I.G. investigated, they discovered that management was incompetent because the people responsible for doing the work were said to be untrained in how to do their work.

But there was no political vendetta from on high! It was just some low-level employees in an obscure division of the IRS!

Of course, that doesn't explain credible reports that:

• The IRS targeted newsman Larry Conners ever since he asked some tough questions of President Obama.

• The IRS leaked private tax information to one of Obama's re-election campaign co-chairmen.

• The IRS targeted Franklin Graham and other Christian ministries and "attempted to intimidate us", according to Graham.

• The IRS went after a prominent Catholic professor just after she spoke out against Obama.

• The IRS approved Obama's Organizing For Action group in no time flat.

• The IRS "improperly accessed and stole" the medical records of 10 million Americans, including California state judges and other law enforcement personnel.

But there was no political agenda!

It was just a series of low-level employees acting on their own!

David Axelrod and Valerie Jarrett had absolutely nothing to do with any of this!

And if you believe that, you might be the cowardly pipsqueak John Boehner, who is still blocking a Select Committee despite witnessing a series of scandals that make Watergate look like the bungled, half-assed burglary it really was.

The IRS now appears to be the enforcement arm of Organizing For America and, as such, is perfectly positioned to destroy the conservative movement once it controls health care too.

Be prepared for the IRS to withhold health care from its political opponents, to delay treatment, and to leak private health care records. It's coming, I can assure you.

I guess we are expected to believe that the average, low-level IRS grunt would actually know who people like Larry Conners or Wayne Allen Root are.

Considering the MSM, and lefty blogs, ignore anything bad connected to Obama, the only way those IRS workers would know to target these men, is if they are voracious, right wing blog readers.

I highly doubt that. Those names were fed to them by someone who wanted revenge, or to win an election.

After reading the IG report, I felt it was a joke.

If criminal charges don't come down on those involved, all of this will continue.

The IRS and DOJ need to be shaken up with fear of prison time in order to reset the mind set of the Marxist involved.

Time to clean house. Resignations by Obama and Holder would be a start to restoring confidence in government.