In Sweden, the city of Stockholm has been torched every night for nearly a week. The authorities have responded not by cracking down on the Militant Quakers behind the riots, but by ticketing vehicles destroyed by the barbarians. 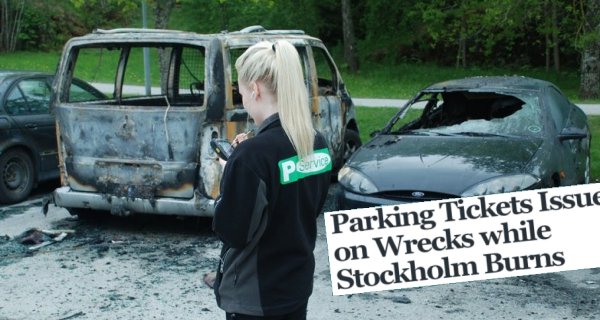 Since last Sunday, May 19, rioters have taken to the streets of Stockholm’s suburbs every night, torching cars, schools, stores, office buildings and residential complexes. Yesterday, a police station in Rågsved, a suburb four kilometers south of Stockholm, was attacked and set on fire...

But while the Stockholm riots keep spreading and intensifying, Swedish police have adopted a tactic of non-interference. ”Our ambition is really to do as little as possible,” Stockholm Chief of Police Mats Löfving explained to the Swedish newspaper Expressen on Tuesday.

In Merry Olde Englande, authorities have responded to this: 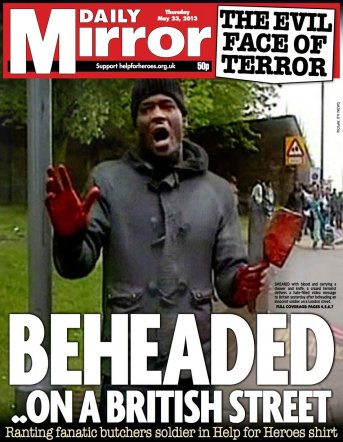 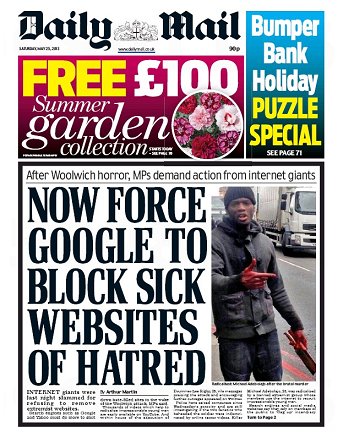 Exhibit A: Anjem Choudary, the infamous U.K. Islamofascist hate-cleric, opined on one of the Woolwich savages: "What he said, not many Muslims disagree with."

Best of all, the British citizenry is subsidizing kooks like Choudary. The "cleric" receives £25,000 a year in public assistance benefits — £8,000 more than the take-home pay of soldiers fighting in Afghanistan -- and lives in a £320,000 house in Leytonstone, East London.

Earlier today, a French soldier walking on the streets of Paris was stabbed in the neck by "bearded man of North-African origin."

Next: this guy will get a cooking show in Sweden.

Shayne said...
This comment has been removed by the author.
8:25 PM

Proof of Europe's fall is the fact that Choudary gets away with all the hate speech he can spew, while ordinary Londoners are arrested for an anti-Islam tweet.

If that doesn't paint a clear picture, nothing does.

The story of the parking tickets seems to be satire...though much of what could have passed as satire even just a little bit ago is true now so what do I know?