When it comes to Mayor Bloomberg, salt and 16-ounce sodas are out -- but abortifacients are in.

Plan B has become Plan A in the Bloomberg administration’s stealth war on teen pregnancy.

Handouts of the “morning-after pill” to sexually active students have skyrocketed under an unpublicized project in which health centers in public schools offer girls a full menu of free birth-control drugs and devices, records obtained by The Post show. 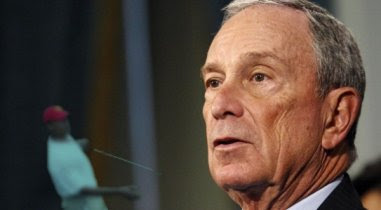 ...The revelations stunned Mona Davids, president of the NYC Parents Union, whose 14-year-old attends a Manhattan high school... “I’m in shock,” she said. “What gives the mayor the right to decide, without adequate notice, to give our children drugs that will impact their bodies and their psyches? He has purposely kept the public and parents in the dark with his agenda... “This was population control on blacks and Latinos without our knowledge,” she said.

Plan B, which can block pregnancy if taken up to 72 hours after sex, is just one weapon in the city Department of Health’s arsenal for its Reproductive Health Project, an internal report reveals... Besides “emergency contraception,” about 40 school-based clinics have dispensed prescriptions for birth-control pills, intrauterine devices (IUDs), hormone-delivering injections and Patch and NuvaRing — covering a total 93,569 monthly cycles through June 2012, the report says.

This pint-sized, would-be dictator must have some deadly serious psychological issues.

You have to wonder what Bloomberg's problem with minorities is, except this is a prime example of the logical endpoint of racist liberal fascism, and exactly why minorities should be embracing small-government Republicans.

Does this mean that BloomingIdiot is really Margaret Sanger in drag?

FUrther collapsing the financial situation of NYC, as the lawsuits from giving prescription drugs to minors without an exam or followup are going to cost millions if not billions. The abortificants that they are giving away like candy have serious phsycial complications if taken regularly or irresponsibly, which it sounds like they are doing.

blood clots, strokes, heart attacks, complications with diabetes (Plan B is a steroid that interferes with insulin and blood sugar) as well as dangers of ectopic pregnancy-thereby endangering two lives.

Yep, good for you NYC parents you have signed your children's futures away to the state. THey are the new Nannies. You are just the incubator.

Yeeah, I have a peeve with abortifacients being said to "block pregnancy."

If you are carrying a fertilized egg, you ARE pregnant. An abortifacient will cause you to lose the pregnancy by expelling the fertilized egg.

If a drug PREVENTS ovulation, it can be said to 'block pregnancy.' If we can spend tax dollars on how to put condoms on bananas it would be nice to spend 10 minutes explaining to youth how abortifacients work.