It appears that Eric Holder's Department of Justice is unfamiliar with a little-known document called "The United States Constitution":

A leaked internal memo from the National Institute of Justice --the research, development, and evaluation agency of the U.S. Department of Justice– shows that none of Obama’s gun proposals will work without registration and forced buybacks amounting to confiscation of Americans’ guns. 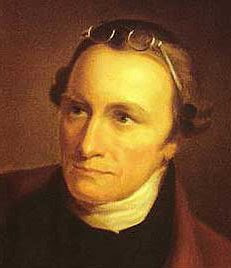 The memo illustrates this by showing why high capacity magazine bans, gun buybacks, and “assault weapons” bans have failed to work in the past.

For example, according to the memo, the high capacity magazine bans that were in place from 1994-2004 had little impact because the bans contained too many exemptions. The memo says one of the key errors was that “the 1994 ban exempted magazines made before 1994 so that the importation of large capacity magazines manufactured before 1994 continued [throughout] the ban.”

Moreover, the memo points out that while the price of the magazines rose sharply, it was not driven up far enough to make them “unaffordable.” ... According to the memo, for a high capacity magazine ban to succeed Obama needs to ban not only the manufacture and sale of said magazines, but also the importation and possession. There also must be a federal buyback of all high capacity magazines already in circulation to ensure private owners haven’t held on to any covered by the ban.

According to the memo, the only way to fix it is to couple a ban with “a gun buyback and no exemptions.”

In my readings of America's founding -- including the Federalist Papers and the Anti-Federalist Papers -- I don't recall coming across the term "wiggle room". I'll have to review the Bill of Rights and see if I missed it.

The painting (above) depicts Patrick Henry.

Wow, Holder still has a job? Looks like he and the Mackdaddy have been spooning and planning for the big day when Janet will be the flower girl and the festivities get under way.
When you consider how Californica was turned upside down recently looking for one man who was caught only because he showed himself, you have to wonder if all those FEMA camps are for leo's, their families and the military when the Gubmint decides to pull Liberty's Teeth.

Why is the DOJ doing legislative research memos?
Seems to me the "Justice Department" is supposed to prosecute crime not propose legislative strategies for favored White House policies.

These people obviously don't know who they are dealing with. Unfortunately, they will eventually learn.