Six companies have thus far informed New York officials that they will not sell goods to any police or government organizations in the state. 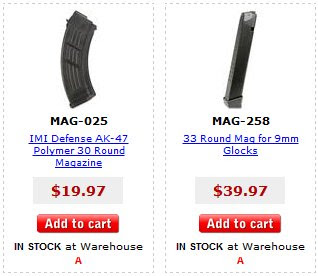 [We join in the calls] for all American gun owners to pressure Sig Sauer, Smith and Wesson and Glock to shut off sales to government agencies in New York State.

If you know executives in any of these companies, email them directly. If not, we’ve got some email addresses below for you... Keep it short and sweet. Long missives will not be read, so save your time for constructive endeavors.

The despicable, petty, half-pint tyrants of New York -- deeply flawed men like Andrew Cuomo and Michael Bloomberg -- are protected 24 hours a day by men with guns. But they want to deny you from enjoying those very same rights; the rights granted to us by God and codified in the nation's highest law!

Gun control isn't about guns. It's about control. And people like Bloomberg, who wake up each day with new ways to steal more and more of your liberty -- from salt, 16-ounce sodas, prescription painkillers and styrofoam cups, to name but a few -- are truly detestable.

It's high time everyone concerned with saving America steps up to the plate. For that reason alone, I salute these six companies. Make sure you give them your support and business.

Love it! Interesting scenario to see ALL firearm manufacturers refuse to do business with the Feds and anti second amendment states.