And to think that a 2,200-page bill, which no one was allowed to read prior to voting on, would turn out be unworkable. The infamous mouthpiece of the conservative Tea-Bagging Right -- also known as Kaiser Health News -- explains:

Senate Democrats on Thursday showed little love to the Obama administration for how it is implementing the federal health law. 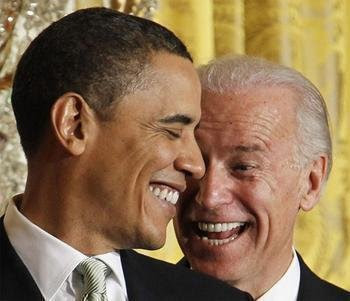 Testifying before the powerful Senate Finance Committee, the administration’s top regulator on new health exchanges encountered criticism from several Democrats who helped push through the 2010 federal health overhaul — among them Chairman Max Baucus of Montana and Sens. Ron Wyden of Oregon, Bill Nelson of Florida and Maria Cantwell of Washington.

Baucus questioned how well the online health insurance marketplaces would interact with what he called “archaic” computer systems at Social Security and the Internal Revenue Service.

Cantwell blasted the administration for failing to meet a 2014 deadline to start a so-called Basic Health Program—an optional program that would allow states to offer a cheaper alternative to the individual health policies sold in new online marketplaces to lower-income people. “You are overwhelmed by the details and technology, I get that point. … It seems as if the agency is taking pages out of the law,” she said. Washington state, which has a program similar to this, was hoping to have the federal Basic Health Program running next year when its program expires.

Cantwell questioned whether the administration was delaying the Basic Health Program until 2015 as a way to increase the number of people who buy policies in the online markets...

...He told the committee that every state will have a new online insurance marketplace operating by Oct. 1 with coverage effective in January 2014—regardless of whether the markets are run by the state, the federal government or a partnership of the two.

The administration has given conditional approval to 17 states and the District of Columbia to run the marketplaces. But it is unclear whether all those states will be ready. Idaho, for example, has yet to hire an information technology vendor to set up its website...

And to think that a centralized, one-size-fits-all, authoritarian, Politburo-style command-and-control system of delivering health care, orchestrated by a panel of 15 masterminds in Washington, would turn out to be a disaster!

But, relax, folks: they're only getting started.

But, surely -- SURELY!!!! -- the various Senators and Representatives READ THE WHOLE BILL, and DEBATED IT FIERCELY, before voting to pass it.

I mean, THAT'S WHAT THEIR FREAKIN JOB DESCRIPTION IS...

So any of these human cow-farts who act all dismayed about what they, themselves, brought into being... well, "eff" them.

Just let the buzztards know that in a PERFECT world they'd already have been horsewhipped and then hanged from a lamppost by their irate constituents. And if those crooks, liars, and cowards aren't RIGHT NOW trying to UN-DO what they've done, they STILL DESERVE that same punishment.