I would love to get a psychiatric workup of New York City's troubled mayor. It would be fascinating to know more about his bizarre, maniacal need to control people, whether it's banning salt, or painkillers in hospitals, or guns, or even his penchant for distributing abortifacients to schoolchildren without informing parents.

Now the mayor's infamous war on soda has expanded:

Say goodbye to that 2-liter bottle of Coke with your pizza delivery, pitchers of soft drinks at your kid’s birthday party and some bottle-service mixers at your favorite nightclub. 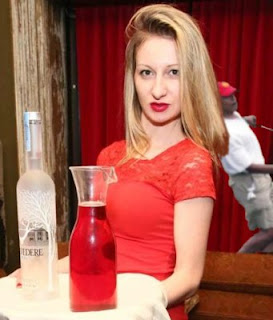 ...The city Health Department last week began sending brochures to businesses that would be affected by the latest ban, including restaurants, bars and any “food service” establishment subject to letter grades... And merchants were shocked to see the broad sweep of the new rules.

...Typically, a pizzeria charges $3 for a 2-liter bottle of Coke. But under the ban, customers would have to buy six 12-ounce cans at a total cost of $7.50 to get an equivalent amount of soda... It will also trash more plastic into the environment.

...And if you’re looking for a night of bottle service at a Manhattan hot spot, be warned: Spending $300 on a bottle of vodka no longer entitles you to a full complement of mixers... The carafes in which mixers are typically served hold 32 ounces, and the most common mixers — sodas, cranberry juice and tonic water — will be limited. Only water and 100 percent juice will be unlimited.

What's truly tragic about this brand of idiocy is how it distracts officials' attention from the city's real challenges.

• Its recent spate of hate crime and violence

But don't worry: banning 20-ounce sodas is just the first step to fixing the city's problems.

"What's truly tragic about this brand of idiocy is how it distracts officials' attention from the city's real challenges" - isn't that the plan, to divert attention away from what's really going on? And, sadly, it really works.

New Yorkers got what they voted for...three times.