And none dare call them extremists? 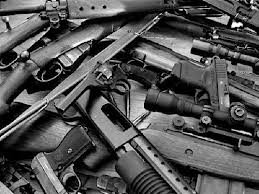 This is an organized national effort folks... [Ed: I'd call it a conspiracy, but what do I know, Mr. Soros?]

This is not a coincidence. It is a concerted effort.

Missouri Democrats are pushing a bill to confiscate guns giving gun owners 90 days to turn in their weapons.

Missouri Democrats introduced an anti-gun bill which would turn law-abiding firearm owners into criminals this week. Gun owners will have 90 days to turn in their guns if the legislation is passed.

Dana Loesch has more details... Here is the language:

4. Any person who, prior to the effective date of this law, was legally in possession of an assault weapon or large capacity magazine shall have ninety days from such effective date to do any of the following without being subject to prosecution:

(1) Remove the assault weapon or large capacity magazine from the state of Missouri;

5. Unlawful manufacture, import, possession, purchase, sale, or transfer of an assault weapon or a large capacity magazine is a class C felony.

Here's a word of advice for the hard Left, Alinsky-inspired, Soros-controlled, Weather Underground Democrats: If you want to modify the Constitution, we have a process for that - it's called passing a Constitutional Amendment.

Barring that, any attempts to infringe upon the Second Amendment are unlawful. And my suspicion is that most Americans would respond with the following missive: 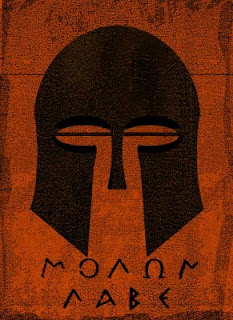 The Democrat Party may want to memorize it for future reference.

Attempting to violate Constitutional rights under color of law is a crime. At least according to the Constitution, which apparently doesn't exist any more.

The 2nd Amendment does not give us the right to keep and bear arms. It merely affirms that right was bestowed upon us by our Creator and is a warning to the government not to infringe on that right.

The people of Missouri and Minnesota should give any legislator that votes for this abomination 90 days to resign or face dire consequences.

Unfortunately all the Reps who sponsored or co-sponsored this legislation are from St. Louis districts and untouchable by Constitution minded Missouri voters. I listed the four of them on my blog with pictures.

This is as much a rural vs. urban fight as it is Conservative v. Liberal and the Libs know to stay in their enclaves and throw out pot shots hoping something will stick.

Not only does it violate the 2nd Amendment, but Article 1, Section 9, Clause 3: "NO EX POST FACTO LAWS".

Banning something retroactively is the definition of an ex post facto law.

What the hell is wrong with these moron legislators?