Chicago, Illinois -- with perhaps the strictest gun control laws in the U.S. -- is also the country's murder capital. Coincidentally, of course. Last year, it celebrated more than 500 murders thanks to its, uhm, "sensible" restrictions on guns. It seems that gang-bangers, drug-dealers, murderers and other violent thugs forgot to read their law books.

Chicago is, for all intents and purposes, a "human hunting preserve" for the dark side of society.

And while the Mayor and the Police Chief attack the Second Amendment right of citizens to protect themselves from evil-doers, it seems that Mexican drug cartels are setting up shop in a fertile new territory. 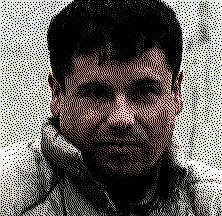 (CNN) — The Chicago Crime Commission named a new Public Enemy No. 1 on Thursday, a designation originally crafted for Al Capone. The new holder of this dubious distinction, however, is not American nor believed to be in the United States. He is Joaquin “El Chapo” Guzman, the infamous Mexican drug lord who is Chicago’s most wanted because his Sinaloa cartel supplies a majority of the narcotics in the city.

Not since Capone “has any criminal deserved this title more than Joaquin Guzman,” commission President J.R. Davis said in a news release. “Guzman is the major supplier of narcotics to Chicago. His agents are working in the Chicago area importing vast quantities of drugs for sale throughout the Chicago region and collecting and sending to Mexico tens of millions of dollars in drug money.”

And what is Chicago's police chief doing about this? As you'd expect, he's attacking law-abiding citizens:

[Police Chief Garry McCarthy] is an unhappy camper about “gun rights advocates” embarrassing him and making him look like a fool as he goes about his merry way running CPD into the ground and demonizing gun owners along the way.

Yes, indeed, Guns Save Life is on his radar and under his skin and he’s launched a direct attack at little old us, which officially kicks off this Sunday at 7:00a.m. by accusing us of corruption.

Top Cop is on the attack against gun rights groups 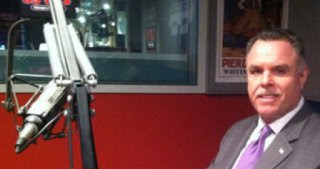 (WLS-AM) – Police Superintendent Garry McCarthy is on the attack against gun rights groups who oppose new gun control, and he launched the attack here at WLS...

Taping Connected to Chicago for Sunday morning at 7, Superintendent McCarthy came up with a novel new way to try to accuse gun rights groups of corruption... “If there was special interests affecting police work, I believe that would be called corruption. So, if it has do with donating money versus a popular vote, I think we have a bigger problem in this country and somebody’s gotta wake up to that,” said McCarthy.

So people who stand up for the United States Constitution -- the nation's highest law that officials like McCarthy are supposed to honor -- are "corrupt"?

And who is Chicago police chief Garry McCarthy? Some paragon of virtue?


Quite a moral authority.

But, please, citizens of Chicago. Don't worry about the Mexican drug cartels setting up shop in your city. First off, the border is "as secure as it's ever been" according to the geniuses responsible for national security in the Obama administration.

Second, Garry McCarthy is all over the problem, visiting radio stations to demonize law-abiding citizens.

at 11:10 AM
Email ThisBlogThis!Share to TwitterShare to FacebookShare to Pinterest
Labels: Crime, Democrats, extremism, Firearms, Obama

Chicago doesn't have local thugs to worry about?

The police know the name and address of every gang member. They know what crimes they commit and what drugs they sell. They know what cars they drive and where they hang out. With just the manpower and effort they expend on traffic violations and pot use they could find, arrest and charge every gang member in Chicago. The thing to understand is it is 99.99% safe to go after traffic offenders and pot smokers but going after gang members is dangerous...

"the guy who was also out drunk again on City Island one evening was shooting out street lights with two other police officers, one of whom was McCarthy’s brother, a New York State Trooper"

It seems to me there would be a better use for streetlights than target practice or lighting the streets.

That is not a 'Mexican' drug cartel - it is an Islamic/Hezbollah/Hamas drug cartel illegally migrating up from Mexico.

They are more ruthless than the Russian mob.

Get them out of our country and away from our children.

Maybe the 20,000 Marines and other service personnel could come and assist the cops to clean up Chicago...including the politicians.

Then move on to Detroit, NYC, Boston and LA.

That is, the 20,000 Marines and other military personnel Obama has cut.