Help Net Security reports that NBC's website has been hijacked and is serving visitors a heaping helping of malware. And, no, I don't mean the Obama talking points they repeat on a daily basis. I mean real malware.

NBC's website has been compromised, and is redirecting users to malicious sites, reports Dancho Danchev. 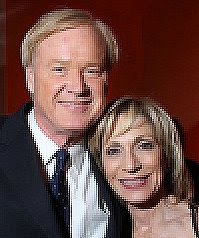 According to HitmanPro, the website has been injected with malicious iFrames that lead to one of several compromised sites equipped with Java and PDF exploits.

It seems that upon successful exploitation of one of the vulnerabilities, the users are saddled with variants of the Citadel info-stealing Trojan that currently aren't detected by many AV solutions.

The server with which the malware communicates has already been sinkholed. Nevertheless, if you have visited the news outlet's website today, and your AV hasn't picked up on anything, use a new one to double check - preferably one of these that at the moment do.

Visiting the NBC's website is, for the time being, still dangerous, and even Facebook has moved to protect its users by not allowing the posting of the site's URL.

If it turns out the Red Chinese hacked NBC's computers, one obvious question comes to mind: How would we know?

Thanks. I had it.

I was trying to find out how to watch the upcoming F1 series, now that Speed Channel is no longer carrying the sport.

I checked by anti-virus (Microsoft Security Essentials) and found that two instances of the iFrames had been quarantined.

Thanks for the heads-up.
.