If Ray LaHood Sabotages Air Transportation as He Promises, He Needs to Be Subpoenaed by the House

Have you been listening to Transportation Secretary Ray LaHood's threats to sabotage air travel should the "devastating" (yet tiny) sequester cuts occur? 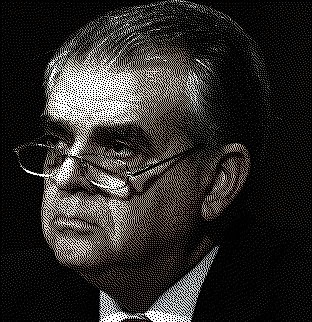 Transportation Secretary Ray LaHood may be getting ready to leave office, but he is leaving a parting message on the way out at the request of the White House. LaHood said, "Travelers should expect delays of up to 90 minutes at peak airports during sequester, beginning April 1. It’s going to be very painful for the flying public."

If the sequester takes place, budget cuts will hit the Federal Aviation Administration to the tune of $600 million. LaHood said he was not describing a worst case scenario intended to cause people to fear and place pressure on Republican lawmakers. But then he said, "What I’m trying to do is wake up members of the Congress with the idea that they need to come to the table so we don’t have to have this kind of calamity in air services in America."

So who does the incompetent buffoon LaHood want to furlough?

Not the paper-pushers. Not the bureaucrats in Washington. Not the bazillions in non-essential personnel. No. LaHood, conspiring with his union boss pals, is prepared to disrupt air travel -- to sabotage it -- to make these tiny cuts seem "devastating".

I've got news for you, LaHood: we're not stupid. The entire federal government -- not the military and intel communities, the rest of you useless jackasses -- could use a 33 percent downsizing. For the children.

As for my readers: please contact the House Transportation Committee and ensure they are aware we expect them to deal with LaHood if he or his successor goes through with these threats.

RAY IS FROM THE "ILLINOIS COMBINE".

THE BIPARTISAN MACHINE THAT OPERATES ILLINOIS AS A FEIFDOM.