Senate said to near bipartisan deal on universal gun registration

Democrat media markets the news as "background checks for most private gun sales", but make no mistake about it.

Background checks for private gun sales would be equivalent to universal gun registration.

A bipartisan group of senators is on the verge of a deal that would expand background checks to all private firearms sales with limited exemptions, but significant disagreements remain on the issue of keeping records of private gun sales, according to aides familiar with the talks. 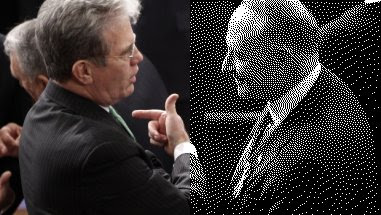 An agreement would be a bold first step toward consideration of legislation to limit gun violence in the wake of the mass shooting at a Connecticut elementary school in December and comes as the Senate Judiciary Committee is expected this week to begin considering new proposals to limit gun violence.

... “These negotiations are challenging, as you’d expect on an issue as complicated as guns,” the chief negotiator, Sen. Charles E. Schumer (D-N.Y.), said in a statement Saturday. “But all of the senators involved are approaching this in good faith. We are all serious about wanting to get something done, and we are going to keep trying.”

Resolution of whether to keep records of private sales is key to earning the support of one of the Republicans involved in the talks, Oklahoma Sen. Tom Coburn, who has a solid A-rating from the influential National Rifle Association and could provide political cover for lawmakers of both parties who are wary of supporting the plan.

...Democrats say that keeping records of private sales is necessary to enforce any new law and because current federal law requires licensed firearm dealers to keep records. Records of private sales also would help law enforcement trace back the history of a gun used in a crime, according to Democratic aides. Republicans, however, believe that records of private sales could put an undue burden on gun owners or could be perceived by gun rights advocates as a precursor to a national gun registry.

Any bill with which Chuck Schumer is involved will lead only to tyranny.

And Senator Tom Coburn is said to be considering retirement at the completion of his term in 2016.

These are bad tidings indeed.

Any bill which Schumer is involved, is bad for America

iow, any law that mandates confiscation.
Without registration confiscation is impossible (unless they find enough cops to do simultaneous no-knock warrants/entries on every door in the country).

Universal background checks shared nationally with a single database amounts to a backdoor firearm registration law. There's no "perception" involved here, it *is* a national firearms registry, and *it will be used against you* by your insurance company, your employer or potential employers, your local law enforcement, and your liberal neighbors.

To fight back against this left wing attack, we are asking millions of Second Amendment supporters, represented by the Coalition and others, to deliver a loud and clear message to Congress by making 5 phone calls on Monday and Tuesday (Feb. 25 & 26). Please note that we said CALL, not email. We want millions of voices to ring through the congressional switchboard, so please note that you might have to try several times to get through.

Specifically, we are asking you to call:

5. Your representative to the U.S. House. To identify your US House representative, go to: http://www.house.gov/representatives/ and then enter your zip code in the upper right corner of the page.

1. Nothing about the federal proposals is acceptable – not banning semi-automatic firearms and magazines, not expanding the list of people prohibited from owning guns, and not registering private gun sales via the National Instant Check System;

2. Because “compromise” means losing freedom, you will not “compromise” on this issue, including any “lite” version of registering private sales through the National Instant Check System; and

3. As a member of one of the organizations comprising the National Coalition to Stop the Gun Ban, you will support coordinated Coalition action against any legislator who supports gun control.


Sen. Tom Coburn (R-Okla.) on Sunday cast some doubt on the progress of a Senate group trying to strike an agreement on background checks for gun sales – and flatly ruled out a provision that would require keeping records of such transactions.