Tyler Durden updates us on the developing -- and fascinating -- war of words between an avowed Capitalist and the Marxist French government, which is now in: 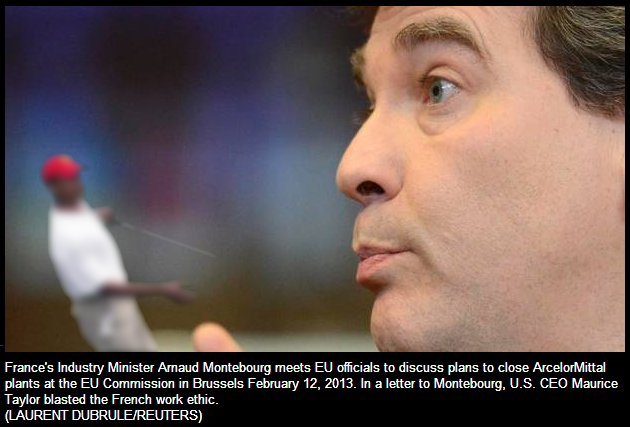 ...Round 3, following round 1 in which the "Titan CEO Crushes Socialist "Work Ethic", Tells France "You Can Keep Your So-Called Workers" and round 2 in which "Socialist France Responds To Titan CEO, Hilarity Ensues."

Your letter shows the extent to which your political class is out of touch with real world problems.

You call me an extremist, but most businessmen would agree that I must be nuts to have the idea to spend millions of US dollars to buy a tyre factory in France paying some of the highest wages in the world.

Your letter did not mention why the French government has not stepped in to rescue this Goodyear tyre factory.

The extremist, Mr Minister, is your government and the lack of knowledge about how to build a business.

Your government let the wackos of the communist union destroy the highest paying jobs.

At no time did Titan ask for lower wages; we asked only if you want seven hours pay, you work at least six.

France does have beautiful women and great wine.

PS: My grandmother named my father after French entertainer Maurice Chevalier, and I inherited the name.

I have visited Normandy with my wife. I know what we did for France.