Oh, please, Mr. Obama: please save us from the Sequester that you created!

The man who invented the budget sequester now claims it will destroy America. Put simply, if America's had a more dishonest president than #44, I've yet to read about him.

...Obama's out there trying to raise fear on all of this talk about the sequester -- we're talking $85 billion. I want to put this in perspective. The federal budget is $3.5 trillion dollars a year, and we're talking about $85 billion that might be cut, and all of this disaster is gonna happen. Kids are gonna go hungry. Schools are gonna shut down. Bridges and road repair will not happen, and now prisoners are gonna be let go. $85 billion. It is like if you earn a hundred thousand, it's like losing a quarter. It wouldn't matter. Hell, what is the Sandy relief package, $50 billion? So while this is gonna cost us $85 billion, the sequester, $50 billion we're spending here on Sandy relief. Sixty. Pardon me. I was wrong. Sixty billion on disaster relief... 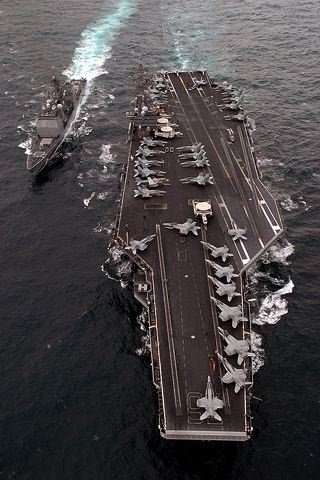 OBAMA: Emergency responders, like the ones who are here today, their ability to help communities respond to and recover from disasters will be degraded. Border Patrol agents will see their hours reduced. FBI agents will be furloughed. Federal prosecutors will have to close cases and let criminals go. Air traffic controllers and airport security will see cutbacks, which means more delays in airports across the country. Thousands of teachers and educators will be laid off. Tens of thousands of parents will have to scramble to find child care for their kids. Hundreds of thousands of Americans will lose access to primary care and preventive care like flu vaccinations and cancer screenings. This is not an abstraction. People will lose their jobs. The unemployment rate might tick up again.

...Obama is saying this as a freedom fighter. Obama is on the campaign trail, and he is trying to stop all of this from happening. He is fighting the forces that want you to suffer, and they are the Republicans. They are the conservatives, and they are Fox News and they are me...

...Obama wants you to think that Republicans don't care that tens of thousands of parents would have to scramble to find daycare, 'cause the Republicans don't care that daycare would be shut down. You see, none of this that he predicts here is debatable. In the minds of the low-information voter and in the terms that Obama is offering this, these are not things that might happen. These are what the Republicans want to do every day. These are the things that Obama is fighting to stop.

The fact that this sequester business is only $85 billion -- the fact that none of this would happen, the fact that there's no Republican who wants any of this to happen, the fact that it's other people's idea -- is irrelevant in terms of the people Obama trying to reach. This whole sequester is his idea! In fact, I've revised my thinking. I think he wants the sequester to happen because I think he wants to cut down the US military, in a big way. Most liberals do. Here it's gonna happen automatically. He's not gonna have to do anything but sit around and let it, but he's gonna score some political points along the way.

I believe this assessment is correct. Obama created the sequester. He designed its brutal cuts to the military. And he desperately seeks to eviscerate the military.

This speech infuriated me too. I ranted at length. Does he go too far? Does no one recognize the lies? Apparently not as Chris Matthews tingles on.
According to Reason, the CBO says it's not even $85 billion, but only $44 billion. In DC terms, chump change. And when did the feds start paying teachers and firefighters?

There should be no doubt what the ultimate goal of the sequestration was. . . to kill the capabilities of the Military. dopey libs have been trying to do it for decades. What else is new?

The big question should be, why did the republicans fall for it? Yet again! They always get out maneuvered by dims.