And given Governor Crispy Creme Cristie's long history of antipathy to the Second Amendment, don't expect him to veto any of these bills. After all, it's for the children, don'tcha know?

This is the worst threat to NJ gun rights in history Your efforts matter most right now!

Buses to Trenton on Wednesday are being planned, But you must register immediately so Arrangements can be finalized... As reported in our last alert, the New Jersey Assembly Law & Public Safety Committee is scheduled to hold hearings on a package of 24 gun bills on Wednesday, February 13 beginning at 10 a.m. in the State House Annex, Committee Room 11, 4th Floor, Trenton, NJ (directions here). 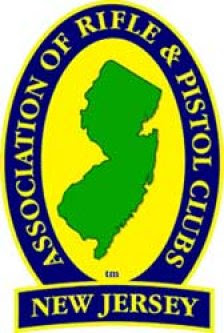 The worst of these bills have the effect of banning all rifle-barreled shotguns, numerous rifles and handguns, most rifle ammunition, and magazines that hold over 10 rounds. Ammunition sales would be severely restricted, logged and reported to the State Police, and internet and catalog sales would be banned.

Unaccountable health practitioners (including nurses, social workers, and marriage counselors!) would be turned into spies with the power to effectively suspend Second Amendment rights and have firearms seized. And the exercise of the Constitutional right to own firearms would be conditioned on proof of having firearms safety training. And that’s just the beginning (see detailed bill analysis here).

It is imperative that gun owners and sportsmen flood the Committee Members with phone calls, faxes, and emails between now and Wednesday morning voicing their opposition to these bills (see legislator contact information below). If you’ve already sent an email, please go the distance and make the extra effort to also send in faxes and make phone calls to each member of the Committee, and please do so on both Monday and Tuesday of this week. The extraordinary challenge we are facing needs an extraordinary response from gun owners and sportsmen.

Then, we need to pack the committee room on Wednesday with a show of unity and strength to make sure that legislators who won’t see the light will definitely feel the heat.Everyone will not get to testify, and this will not be a rally, but we need to all be there in a courteous and respectful show of strength. Bus transportation is being planned and coordinated in a joint effort between ANJRPC and NJ2AS. Click here for information and to register – we need to know if you’re coming ASAP so we can finalize arrangements.

On Monday and Tuesday, please call, fax, and email every member of the Assembly Law & Public Safety Committee (listed below). Tell them to vote no on these extreme gun and ammunition bans and other new anti-gun measures, and urge them to instead support meaningful measures to address school safety and the mental health system. Tell them that their proposals will not prevent another tragedy, because criminals and madmen who already ignore New Jersey’s thousands of gun laws will not follow another new law.

AmmoLand has the list of legislators to call and email. I don't care if you don't live in New Jersey. Help out, please. Your state may be next if these would-be tyrants have their way.

What a great new business for the Sopranos and that ilk

Amazingly I know lots of pro-gun Democrats that are too stupid to see that voting these people into office causes these lose of rights.
They are still lost in some stupid idea from the 1950s that Democrats are for the poor people and Republicans only care about the rich.
Well, your stupidity has come back to really bite this time.