As I noted yesterday, I’m putting together the Nominees For The 11th Annual Blogger Awards (Sponsored by Right Wing News & TheTeaParty.net) at CPAC 2013.

There is one category... that will be voted on by the general public. That’s “The People’s Choice Award.” The voting in that category closes on Friday, March 1 at midnight. The winner will get special linkage at the top of TPNN’s newly designed website, 5 consecutive days of links at Linkiest next week and, of course, the winner will also receive a trophy at CPAC.

Congratulations to all the blogs that are up for an award (You can vote for your favorite here). 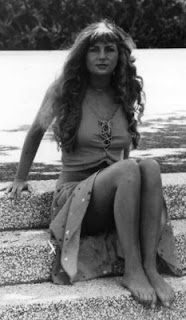 Once again, you can vote here.

I don't want to beg, but I'm begging here.

I just want the faux gold-plated trophy. I've never won anything before and my self-esteem issues are piling up like pancakes at Rosie O'Donnell's mid-morning snack.

Vote early and often, my friends. Pretend it's like Chicago for conservatives. Show those other SOBs how we roll here at Da Journal.

As a man with no "life", who spends way to much time reading the internet hour after hour, ignoring house chores, always late for work and sleeps more on the couch than bed....you deserve my vote Doug.

Good luck Doug. I'm watching and your beginning to catch up.

Well, make that "you are" beginning to catch up.