Rendered Speechless Twice in a Day

Any of you that have read my posts know I'm rarely at a loss for words, in fact I find that I tend to get a bit long winded from time to time on subjects that I'm passionate about.

I was totally at a loss for words TWICE today.

A few months back I was out west shooting at what I thought was an old rarely used gravel pit on county land, I'd shot there a few times as there was a fair amount of evidence that others did too: boxes, cans, sadly some glass, etc. While I was putting a few rounds over the Chrony an old farmer in an Ford with a snow plow on the front pulls up, so I stop shooting & talk to him for a few minutes, turns out it's his property, he just lets the county stage gravel there for county road maintenance. Well at that point I'm figuring I'm about to get run off, but no, he says he was about to post it a while back till he noticed that after each time he saw my Jeep(it's a bit distinctive being Ex USFS light Green) there was less leftovers than the day before, so I was welcome to shoot as much as I wanted, just not before sunrise "as the missus has trouble sleeping sometimes & I like to let her sleep if she can..." 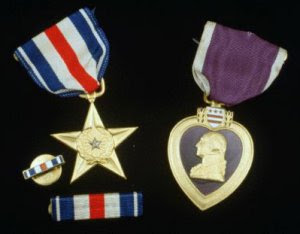 About a month ago I was on my way back home & noticed him over at the house fighting with the snowplow mechanism. Seems it's been broken for some time, and he had a few rather steep quotes to fix it. I looked at it & it was going to need some work, but nothing too difficult, so I talked him into following me into town to my house where I could work on it(getting him to agree was no easy task), we got it in the garage & I sent him home in my Jeep, that was a Saturday morning, Sunday afternoon I called him & said when he got a chance come get it... I had all the pivot points rebuilt & re-enforced, a couple of supports re-welded & had the hydraulics working again. He asked what he owed me, told him, nothing, it was the least I could do, & still believe that. When he arrived we talked for a while & he grudgingly said that if they were better off financially he would have insisted on paying, but as it was he'd brought a couple boxes of beef, mixed steaks, roasts & burger(there was easily a hundred pounds of beef, worth more than I would have charged IF I were going to charge, but it was a situation where arguing it would have been disrespectful so I just said thanks you & we put it in the freezer).

Well time went by & I had stopped a couple other times when I saw him out & a couple weeks ago he invites me in for coffee, I notice an old Winchester 94 in the corner, so I ask if I can look at it, he says go ahead, it's obvious it hasn't been fired in a LONG time. I put it back & told him if you ever decide to sell it, let me know & I'll give you a fair price for it.

That brings us to now, Friday evening he called & asked if I'd come out to breakfast Sunday(today), there's a few things he'd like to talk about, and a couple things he'd like me to look at. I said sure I'd be there. So we had breakfast, he looks at his empty coffee cup & gets up, I figured he was just going for a refill, but he walks into the other rooms & comes back with the old 94, says "me & Betty talked about it & think this has been standing in the corner long enough, we think Danny would want you to have it..." This is where I go speechless the first time as what just happened sinks in, They're only son, Danny, died in the 75 during the evacuation of Saigon, the trifold Flag & his Purple Heart & Silver Star are on the mantle is the only reason I know this as neither of them talk about it, the 94 was his rifle & it stood in that corner for 40 years.

I think I stammered something about not deserving it, I got a look from Bud that said arguing wasn't going to fly along with a few insistent words from Betty.

A little while later Bud & I were looking at one of the trailers that had a few issues, mainly just needed a few welds reinforced where they were cracking & he goes quiet for a minute & looks like he's a long way off thinking, then he comes back, looks at me & says "Ya know, we get a couple agricultural deer permits each year, ain't used 'em in ages, I think it'd really make Betty happy if next fall you'd use 'em with Danny's old rifle & if ya fill em you could skin 'em in the shed..." Well, now I'm speechless for the second time in an hour, had to clear my eye, must have gotten something in it, all I managed to say, I think, is "I'd be honored"

I feel like I've just been adopted as the grandson they never had.

at 8:46 PM
Email ThisBlogThis!Share to TwitterShare to FacebookShare to Pinterest
Labels: Protecting America

Some of the America I remember still lives on.
God Bless

The comments on that post are amazing...four pages of evil gun owners admitting they'd had to reach for a Kleenex. So much for us "heartless" Second Amendment advocates.

Thanks for sharing a great story. I was overseas when Saigon fell to the communists after the US government abandoned RVN and ARVN. It was a sad day for America and the start of a nightmare for millions of Vietnamese and Cambodians.

(BTW, you got a typo there where you put "they're" instead of "their.")

WarEagle, the typo is in the original. In fact, there were several common typos and grammatical errors in the original, including the mis-spelling of "speachless" in the title.

The message forgives the mistakes.

People out here in the country are still the real deal.

BTW: Good appearance by John Lott on Piers Morgan the other day. Lott did what I wish everyone on these stupid shows would do: stick to answering the first few questions regardless of what the interviewer tries to do. He Took Morgan off his game totally.

A single act of kindness is often repaid many times over.

Thanks for sharing this story. Sometimes we need to hear things like this to keep us going. God bless.

Thanks for sharing Doug!

It's rare today to make connections like you have with Bud and Betty, especially when the beginning is in the back woods. Makes me proud to be an American because there are so many Buds, Dannys, Bettys and Dougs out there.