Cheney Calls For More CIA Reports To Be Declassified -
Mon Apr 20 2009 16:20:53 ET
In a two part interview airing tonight and tomorrow night on FOX News Channel’s Hannity (9-10PM ET), former Vice President Dick Cheney shared his thoughts on the CIA memos that were recently declassified and also revealed his request to the CIA to declassify additional memos that confirm the success of the Bush administration’s interrogation tactics: 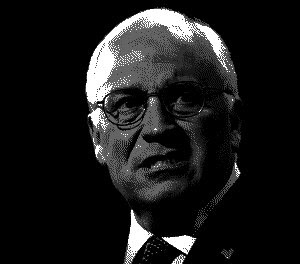 "One of the things that I find a little bit disturbing about this recent disclosure is they put out the legal memos, the memos that the CIA got from the Office of Legal Counsel, but they didn't put out the memos that showed the success of the effort. And there are reports that show specifically what we gained as a result of this activity. They have not been declassified."

"I formally asked that they be declassified now. I haven't announced this up until now, I haven't talked about it, but I know specifically of reports that I read, that I saw that lay out what we learned through the interrogation process and what the consequences were for the country."

"And I've now formally asked the CIA to take steps to declassify those memos so we can lay them out there and the American people have a chance to see what we obtained and what we learned and how good the intelligence was, as well as to see this debate over the legal opinions."

If the Party of Weakness wants to insist that the Enhanced Interrogation Techniques (EITs) didn't work, let them release those memos.

As I said yesterday, Obama's actions just smashed open Pandora's Box and, in doing so, have endangered countless American lives.