The Secret Garden (and Mansion) of Christopher Dodd 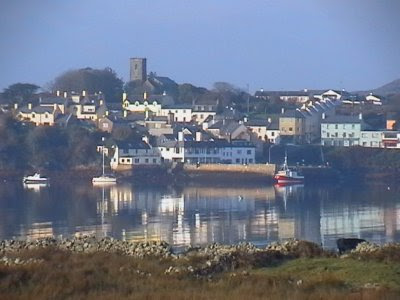 Shortly thereafter, Dodd obtained a one-third interest in a large tract of property and a mansion in the luxurious seaside neighborhood of Roundstone, in County Galway, Ireland. The remainder of the property was held by Downe's close friend, William Kessinger.

The entire purchase price of the property in1994 was $160,000, so the value of Dodd's share at that time was roughly $53,000. The tract -- on about ten acres of land in a prime neighborhood -- included a newly renovated mansion. 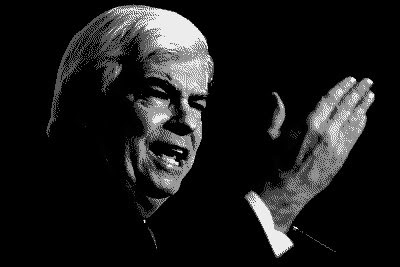 According to The Hartford Courant, the records in the private Irish land registry show that Downe actually witnessed the transaction for his friends Dodd and Kessinger.

In 1998, Dodd petitioned the Galway County Council to subdivide his lot and develop an additional home, presumably for a tidy resale. Tellingly, the application's signature block lists only Dodd as the owner. The request was denied, in part, because the land is considered highly scenic and desirable. 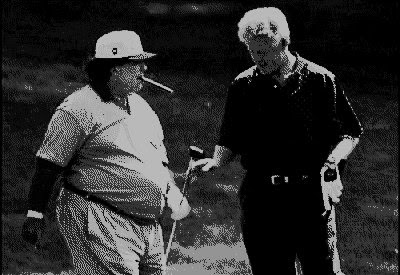 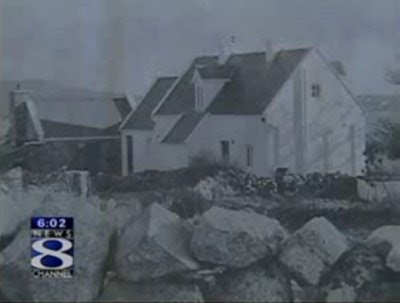 In 2002, Dodd purchased the remaining two-thirds stake in the Irish mansion and property tract for an amazingly low price: $122,351. 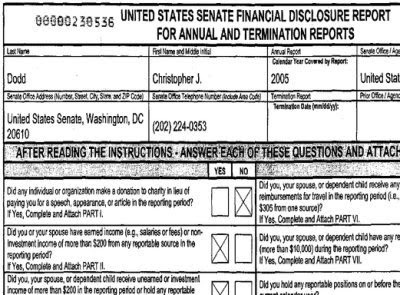 Since that time, in every Senate Financial Disclosure Report that Dodd filed, he reported the value of the real estate at between $100K and $250K. This appears to be a flat-out fabrication. 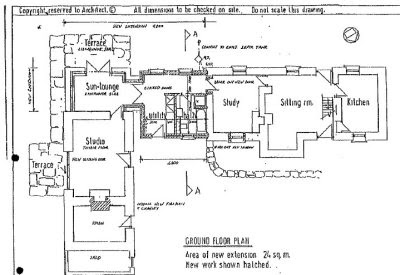 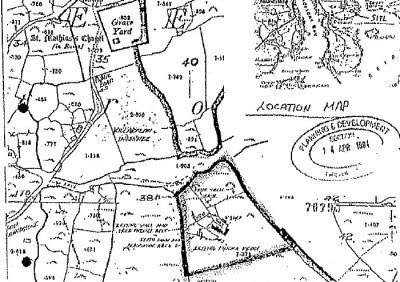 And in 2002, the property was estimated to have been worth around $500,000. But Dodd bought his remaining two-thirds share for a quarter of that price: $122K. 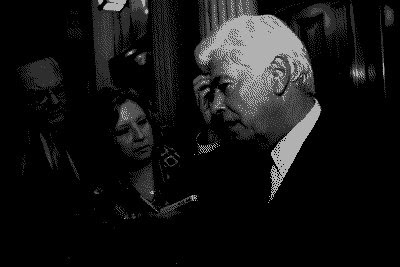 Judicial Watch puts the transaction succinctly: "Disguising this gift would provide a motive for Senator Dodd to fail to report the property's true value on his [disclosure] since 2002." 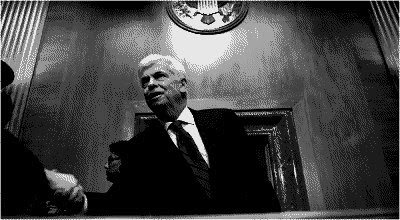 "By all appearances, ...Dodd used his position and influence... to intervene of behalf of his friend and convicted felon, Edward Downe Jr., and in received in turn a significant discount in the purchase of property in 2002."

"Further, it appears... Dodd failed to report this gift on his annual [disclosure], as required by law, and may have falsified his reports in the years following the full acquisition..." 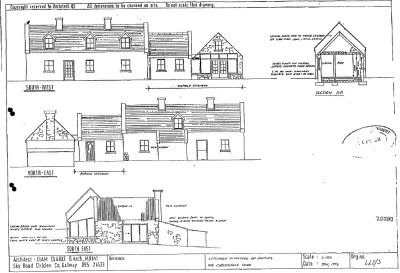 "Certain details concerning Dodd's co-ownership of a Washington, DC condominium with Edward Downe Jr. in the 1980s are just now surfacing. In light of the potential improprieties of Dodd's Irish land purchase, we believe [his] disclosure reports filed... during that time period may also be worth examining." 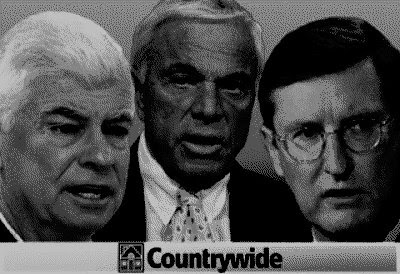 "As chairman of the Senate Banking, Housing and Urban Affairs Committee, Senator Christopher Dodd has a lead role in the oversight of the banking and finance industries involving trillions of dollars... Judicial Watch requests a full investigation of Senator Dodd's financial disclosure filings..."

* * * * * * * * *
Epilogue: Just days ago, it was reported that Christopher Dodd raised hundreds of thousands of dollars from financial services companies like Citi, Fidelity, Vanguard, and the like. Since some of these firms accepted TARP funds, it may be fair to say that when Dodd voted for TARP, he was voting to put money in his own pockets. 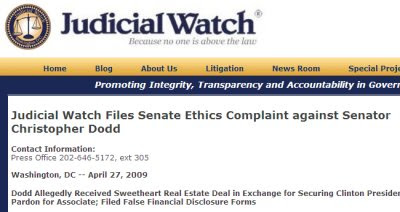