Tea Parties, Code Pink and the sickness of the MSM

Nearly 200,000 Americans showed up to protest high taxes in hundreds of cities around the country today.

The New York Times and The Boston Globe ignored "Tea Parties" altogether. ABC and CBS reporters were nowhere to be found. NBC, on the other hand, simply made obscene references -- using a tea-related colloquialism -- to express its corporate disgust with America's founding principles. 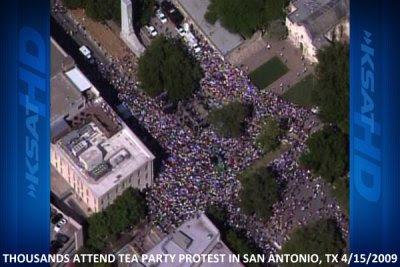 And a CNN journalist, rather than reporting on one event, decided to debate the crowd! Here's the transcript:

CNN: "Let's see... drop taxes... drop socialism. Okay, let's see. You're here with your two-year old daughter and you're already in debt. Why are you here today, sir?"

Man with child: "Because I hear a President say that he believed in what Lincoln stood for. Lincoln's primary thing was, he believed that people had the right to liberty and the r --" 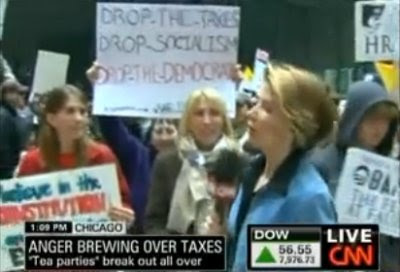 CNN: "What does this have to do with taxes?"

Man: "Are you going to let me speak?"

Man: "Let me finish my point! Lincoln believed that people had the right to share in the fruits of their own labor and that government should not take it. And we have clearly gotten to that p--"

CNN: "Alright, we'll move on... (to audience) I think you get the general tenor of this, uh, it's anti-government, anti-CNN, since this is highly promoted by the rightwing conservative network Fox and... since I can't really hear much more, I think this... is not really family viewing, toss it back to you, Kera."

How "rightwing" could Fox be if it gets more viewers than CNN, MSNBC, CNBC and Headline News -- combined? 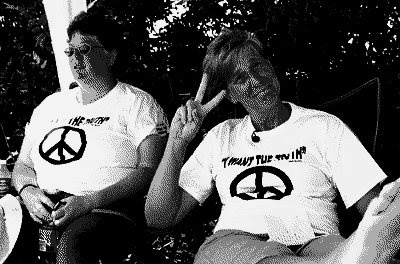 These tiny gatherings garnered more than a hundred mentions in The New York Times and "reporting" that could have been mistaken for a Code Pink infomercial.

How one 48-year-old woman from Vacaville, Calif., invigorated the antiwar movement, altered the landscape of the president's vacation town and drew a Hollywood celebrity out into the Texas heat may be as much the result of external factors as Ms. Sheehan's compelling tale.

The media sickness is epidemic. Fortunately, it also appears to be terminal.