NSA: Congressman must be Surveilled for Terrorism Ties 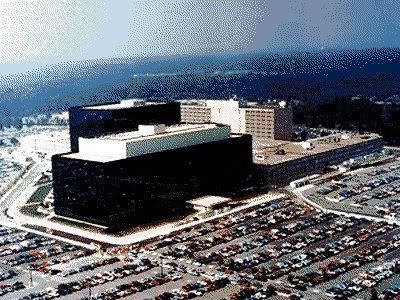 The execrable New York Times attacked the United States military and intelligence communities for the umpteenth time on Wednesday. Its "exposé", authored by Eric Lichtblau and James Risen, asserts that the NSA violated the rights of American citizens by over-collecting electronic communications.

Put simply, some Americans may have inadvertently been tapped due to technical problems, which appear to be caused solely by the complexity and scale of the information collection problem with which the NSA is tasked.

But what no one seems to have caught is a throw-away reference at the end of the article.

...in one previously undisclosed episode, the N.S.A. tried to wiretap a member of Congress without a warrant, an intelligence official with direct knowledge of the matter said.

The agency believed that the congressman, whose identity could not be determined, was in contact — as part of a Congressional delegation to the Middle East in 2005 or 2006 — with an extremist who had possible terrorist ties and was already under surveillance, the official said. The agency then sought to eavesdrop on the congressman’s conversations, the official said.

The official said the plan was ultimately blocked because of concerns from some intelligence officials about using the N.S.A., without court oversight, to spy on a member of Congress.

In other words, a member of Congress was conversing with a known extremist linked to terror groups.

But that's not enough of a story for the Gray Lady, apparently.

A handful of Congressional delegations visited the Middle East during the years in question.

I also included this trip for obvious reasons.

Given the fact that (a) the Times' referred to a "Congressman" (male); and (b) the odds are at least 500-to-1 that the Congressman is a Democrat because of the Times' incurious stance, we have a short list.

** Rep. Waxman was the only person who visited twice.

Perhaps one of our beloved professional journalists could investigate this little affair. After all, it's only a Congressman with ties to terrorists.


Hat tips: Mark Levin, Joan Swirsky and Washington Independent ("To the Googling Stations!"). Linked by: What Bubba Knows. Thanks!