Would you trust this man to predict tomorrow's weather?


I wouldn't trust this man to flip an honest coin. 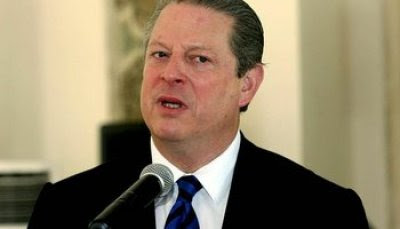 The Times reports that Al Gore is jetting around the country, organizing expensive media campaigns to convince lawmakers to implement cap-and-trade taxes.

Gore and global citizen Barack Obama recently promised the world a bold new strategy for dealing with global warming. The plan can be summarized with one simple phrase: Wreck the Economy at the Worst Possible Time. The Heritage financial analysis shows:

Americans must resist this scam at all costs. It does not only represent the death of the economy, it lies on the road to tyranny.