A father walks into a restaurant with his young son. He gives the young boy 3 nickels to play with to keep him occupied. Suddenly, the boy starts choking, going blue in the face.

The father realizes the boy has swallowed the nickels and starts slapping him on the back. The boy coughs up 2 of the nickels, but keeps choking. 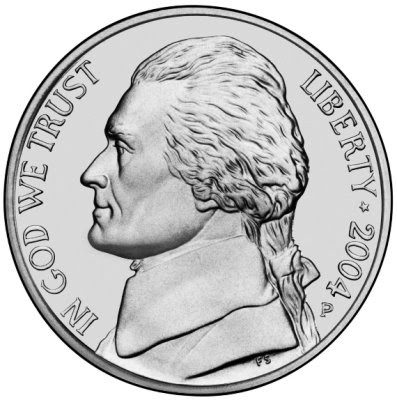 Looking at his son, the father is panicking, shouting for help.

A well dressed, attractive, and serious looking woman, in a blue business suit is sitting at a coffee bar reading a newspaper and sipping a cup of coffee. At the sound of the commotion, she looks up, puts her coffee cup down, neatly folds the newspaper and places it on the counter, gets up from her seat and makes her way, unhurried, across the restaurant.

Reaching the boy, the woman carefully drops his pants; takes hold of the boy's testicles and starts to squeeze and twist, gently at first and then ever so firmly. After a few seconds the boy convulses violently and coughs up the last nickel, which the woman deftly catches in her free hand.

Releasing the boy's testicles, the woman hands the nickel to the father and walks back to her seat in the coffee bar without saying a word.

As soon as he is sure that his son has suffered no ill effects, the father rushes over to the woman and starts thanking her saying, 'I've never seen anybody do anything like that before, it was fantastic. Are you a doctor?'

'No,' the woman replied, 'divorce attorney'.


Sent in by: Ben.
at 10:26 PM
Email ThisBlogThis!Share to TwitterShare to FacebookShare to Pinterest
Labels: Water-cooler