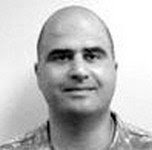 We still don’t know what was behind the killings at Ft. Hood this afternoon, in which 11 soldiers and the killer died, but President Obama’s rushed press conference was surprising in its flippancy nonetheless. Before he got to the issue on everyone’s mind — namely the deaths of Americans in uniform — the president gave a “shout-out” to government bureaucrats gathered for a previously scheduled conference at the Interior Department, complete with appreciative chuckles. He treated the event like a pep rally rather than a tragic occasion with a wider audience than those gathered in the room. I wonder how many media outlets will compare Obama’s performance to President Bush’s “Pet Goat” moment on 9/11. I won’t hold my breath.

Larwyn reports that both MSNBC and CNN have released one of the names of the shooters: Malik Nadal Hasan, reportedly a Muslim convert:

Al Qaeda directed Muslims to infiltrate the military for these very attacks... The [Fox] coverage is beyond stupid. Three men -- is a conspiracy. Three men is a terror cell. For the FBI to rule out terrorism in an obvious act of terrorism (by whom, we know not yet) indicates were are worse off than the UK. Three men, synchronized shoting, M16s, maximum kill...

News flash: there won't be any "Beer Summit" between these protagonists, Mr. President.

Who was Hasan? The Corner advises:

Major Nadal Malik Hasan, a 39-year-old Muslim convert, was born and educated in Virginia. He is a psychiatrist who worked at Walter Reed for six years (and got a poor performance evaluation there). Hasan was transferred to Ft. Hood and worked at the psych ward there. He complained about deployments to Iraq and Afghanistan. Fox has interviewed someone who worked with him at Ft. Hood (Terry Lee) who says he was a harsh critic of U.S. foreign policy who said Muslims had a right to stand up and fight against the aggressor in Iraq and Afghanistan — i.e., us. 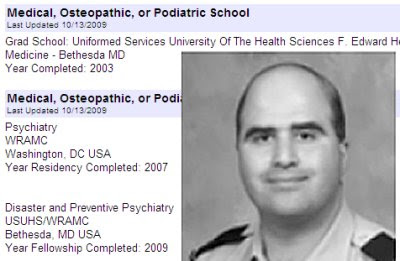 Was Hasan a Jihadist? It would appear so, if these reports are accurate:

The main shooter was reportedly shouting in Arabic as the victims were shot down.

Al-Qaeda and the Ikhwan (the Muslim Brotherhood) are quite clear in encouraging jihadis to infiltrate the military and law enforcement, and we already know that they have targeted military bases in the past. Remember Fort Dix? And this one?

Not to mention the other attempts that were unsuccessful and hushed up.

Major Hasan was quoted as saying "Muslims have the right to rise up against the US military" and "The Muslims have a right to stand up against the aggressors" and after the Little Rock shooting said that "Muslims need to do more of these". according to a FOX interview with a Colonel Terry Lee who worked with Hasan.

And there are confirming reports:

Federal law enforcement officials say the suspected Fort Hood, Texas, shooter had come to their attention at least six months ago because of Internet postings that discussed suicide bombings and other threats...

...One of the Web postings that authorities reviewed is a blog that equates suicide bombers with a soldier throwing himself on a grenade to save the lives of his comrades.

"To say that this soldier committed suicide is inappropriate. Its more appropriate to say he is a brave hero that sacrificed his life for a more noble cause," said the Internet posting. "Scholars have paralled (sic) this to suicide bombers whose intention, by sacrificing their lives, is to help save Muslims by killing enemy soldiers."

The original posting on Scribd reads (emphases mine): 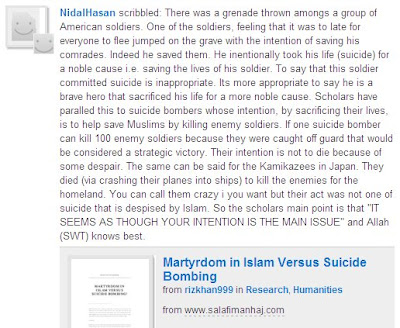 There was a grenade thrown amongs [sic] a group of American soldiers. One of the soldiers, feeling that it was to late for everyone to flee jumped on the grave with the intention of saving his comrades. Indeed he saved them. He inentionally [sic] took his life (suicide) for a noble cause i.e. saving the lives of his soldier. To say that this soldier committed suicide is inappropriate. Its more appropriate to say he is a brave hero that sacrificed his life for a more noble cause. Scholars have paralled [sic] this to suicide bombers whose intention, by sacrificing their lives, is to help save Muslims by killing enemy soldiers. If one suicide bomber can kill 100 enemy soldiers because they were caught off guard that would be considered a strategic victory. Their intention is not to die because of some despair. The same can be said for the Kamikazees [sic] in Japan. They died (via crashing their planes into ships) to kill the enemies for the homeland. You can call them crazy i [sic] you want but their act was not one of suicide that is despised by Islam. So the scholars main point is that "IT SEEMS AS THOUGH YOUR INTENTION IS THE MAIN ISSUE" and Allah (SWT) knows best.

Our thoughts and prayers go out to all those impacted by these despicable attacks.