RED ALERT: ACORN Headquarters Raided: 'This is an investigation of everything' 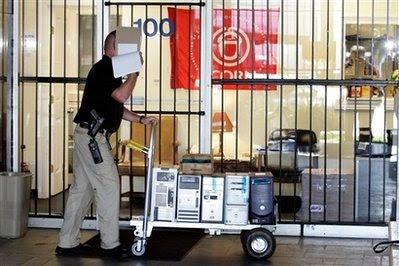 Only minutes ago the Louisiana Attorney General's office issued a statement that the Elysian street offices of ACORN in New Orleans was raided today and all of their computers and records were seized in a racketeering and embezzlement investigation.

If memory serves, the Elysian Street offices house dozens of entities that comprise the ACORN web of corruption.

State investigators raided ACORN offices on Friday, taking away computer hard drives and documents as part of a probe into alleged embezzlement and tax fraud when the organization's national headquarters was based in New Orleans.

"This is an investigation of everything — ACORN, the national organization, the local organization and all of its affiliated entities, specifically as it relates to any potential violations of Louisiana law," Assistant Attorney General David Caldwell said.

ACORN staff on the scene declined to comment, but an attorney for the group said in a statement the raid was prompted by allegations that former ACORN employees had removed or altered electronic documents and may do so in the future. 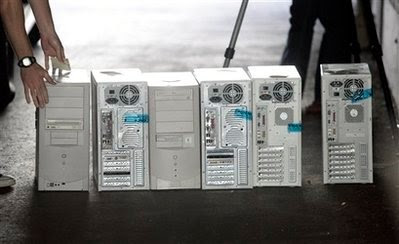 Attorney Pamela Marple said ACORN was cooperating and called the raid exhaustive, saying investigators wanted "virtually every document in the possession of ACORN and any related entity."

The raid was the latest development for the Association of Community Organizations for Reform Now. Videotapes released recently showed ACORN employees offering tax advice to two people in Baltimore posing as a prostitute and her pimp. The videos led Congress and state governments to cut funding for ACORN. 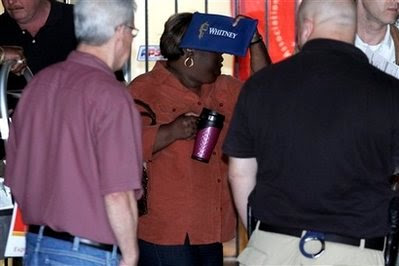 State prosecutors said their probe into the New Orleans offices stemmed from allegations made last year by board members involving embezzlement at ACORN nearly a decade ago... David Caldwell said he did not know which former ACORN employees removed the computers... "We're going to grab the stuff, make copies," he said, "and get it all back to them so whatever entities are doing business with them are able to do so."