The Environmental Protection Agency, which is comprised of thousands of unelected bureaucrats whose edicts carry the force of law, hasn't stopped with terrorizing just the coal, natural gas, and oil industries. Next on its agenda: the refining business, responsible not only for gasoline but also untold thousands of chemicals, plastics and other goods that are vital to the U.S. economy. 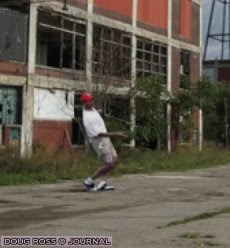 “Refineries have spent billions of dollars to improve environmental performance and air quality continues to improve under existing regulations,” he said. “This is part of a tsunami of new EPA air regulations for refineries that could diminish our fuel manufacturing capacity and increase our reliance on imported fuels.”

David Friedman, AFPM’s vice-president for regulatory affairs, said EPA’s final rule was more balanced than previous proposals, but that, “EPA still falls short in issuing commonsense standards.” He said, “This final rule will not ‘dramatically save’ but rather cost the industry significant amounts each year, adding to the billions already paid in complying with the myriad fuel and stationary source regulations, some of which are conflicting and contradictory.”

The EPA has proven itself unworthy of this great nation. Its leadership, consisting of left-wing eco-Marxists, is bent on de-industrializing America, while making it more dependent on foreign sources of oil.

The EPA must be completely de-funded and rebuilt from scratch, this time with sensible controls on its power.

Yet another excellent find by the Doug Ross crowd...

Thank you very much...

Allowing the EPA to run rampant and rough shod over American industry like this administration does I can't help think that there is almost a purposeful sedition at work here...

That must be crazy talk on my part though, right?

Consider the following from the online version of the Dipolmat and ask yourself why the reports of this sort seem to be almost apologetic now that Bush is no longer in office...