The Pet Goat vs. Going to Sleep During an Attack 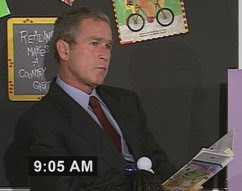 Remember The Pet Goat? That was the book that President George W. Bush read for seven (7) minutes to an elementary school class after he received word of the attacks on the World Trade Center.

Bush was pilloried mercilessly for his "inaction", even though the Secret Service is reported to have requested the delay to enhance the president's security for the trip to the airport.

How does that compare to Benghazi? Eight months after the slaughter of Americans, we still don't know what the president did after a 5pm ET meeting with SECDEF Panetta. No one knows, but many have surmised he watched sports and then went to sleep to prepare for a fundraiser the next day. 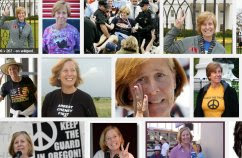 The mother of a fallen soldier during the Iraq War, Cindy Sheehan became a poster child for the Democrat-media complex. No less a vintage media star than Maureen Dowd stated unequivocally that "the moral authority of parents who bury children killed in Iraq is absolute".

As for the mother of murdered diplomatic official Sean Smith, Dowd is less vocal. Silent, even. Pat Smith has struggled to make her voice heard because, though apolitical, her message is one of pain, grief and anger. "They want to shut me up," she's stated, referring to the Obama administration that has treated her with utter disdain. 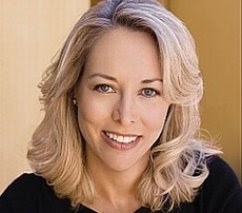 Remember what all of the hullabaloo about Valerie Plame was about?

The former intelligence officer didn't get shipped to one of the most dangerous locations on earth, she didn't have all of her security stripped from her over her vociferous pleas, she wasn't the victim of an all-out terrorist attack on her office, she wasn't killed during a firefight, her body wasn't dragged through the streets of Benghazi, and her death wasn't the subject of administration lies and a massive cover-up.

No, that was Ambassador Chris Stevens along with the heroes who tried to save his life.


* * * * * * * * *
And a cadre of propagandists in the mold of Julius Streicher claim that Benghazi isn't a scandal. Michael Hersh is one such pathetic hack. Writing in the left wing National Journal, Hersh claims that there was no cover-up at all.

Hicks was asked whether he’d ever been told before not to meet with a congressional delegation; his response: “Never.”

And just who is Cheryl Mills?

Cheryl Mills is no run-of-the-mill State Department apparatchik, even among the top tier. She’s been one of the Clintons’ right-hand men for decades. She worked in Bill’s White House legal office, then as counsel to Hillary’s presidential campaign, then became chief of staff at State when Hillary was appointed secretary. If she’s the right-hand man, what other conclusion is there than that Hillary’s the one who wanted Hicks to keep his mouth shut when meeting with Chaffetz?

And precisely what did President Obama do after he received word of the attacks? No one knows and an incurious media has never bothered to ask that question.

When a local reporter unexpectedly broached the subject with the president, Obama stumbled through an ill-conceived and incoherent answer.

We know, in fact, that the president did nothing. Except watch sports on TV and then go to sleep.

And we also know, despite his sputtering exhortations to the contrary, that "there was never any intention to rescue our people in Libya."

Consider what met the threshold for a scandal then versus now: can there be any doubt that the media, as this country once knew it, is dead?

Ding Dong, the MSM is indeed 'dead'. They're a bunch of fools.

Great post. We must someday deal properly and completely with these disgusting parasites.

Not mere fools: wholly corrupt fools, sowing the seeds of the destruction of their own country, and the country of their children and grandchildren. They've destroyed the Fourth Estate, an unofficial institution of democracy that is as critical as any of the three branches of our government.

What makes their b.s. so powerful is that our side not only takes it seriously, but gauges their own behavior based on it. So on our side, we have even greater fools, because they know better.

We need to leave the MSM organizations behind, emotionally and intellectually -- along with that fat-ass Obama-enabler, Chris Christie.

Well spoken FR.
It would be nice to bring the Press up on charges and have hearings. They channel the words of America's enemies and seek its destruction. No longer are they simply useful idiots, they have become corrupt and glory in their own self aggrandizement.

Lucky for Mr. Hicks Hillary Clinton didn't do to him what happened to Vince Foster.

Funny thing about all tyrants who usurp power, like Obama and Hillary Clinton, they leave a bloody trail of dead bodies in the wake of their agenda of power.

Operation Fast and Furious, Benghazi, come to mind. Both events, both resulted in coverups of the truth, both resulted in the deaths of American's as a result of nefarious actions of both Obama and Hillary Clinton, both bloody events, contrived they where, and used by both Obama and Hillary Clinton, as crisis as a means to create a false narrative of a path to giving them further power, both events involved commission in the course of, knowingly and purposefully, of treason and other high crimes, to implement, both events have relied on a egregiously complicit willing media to run block on keeping the truth from America.

This is a list of amazing crimes. That it involves two of the most trusted persons within the structure of our Republic and rule of law is by far crimes unsurpassed in their magnitude in our Republics history.

These people need to be tried in a court of law, prosecuted, found guilty of their actions, and hanged in punishment.

Nothing less is or can be suitable considering the evil nature of not only the crimes but the savage nature of Obama and Hillary Clinton themselves.

Conspiracy! Murder! Coverup! Treason! From the President and Secretary of State of The United States!

Good or misguided people do not do these things. This is the stuff of what tyrants and dictators are made of.

substance vs. style
thinking vs. feeling
adults vs. children

Unfortunately, we are merely at the point where we can see the wave forming. We are doomed to watch it roll in and then slowly build to a crest. There will be no land high enough when it crashes.

I don't know so much that it has died so much as it has finally exposed a powerful malice and hard-left agenda that has been there all along.