This is absolutely priceless: turns out B.J. Clinton hit the Hillary speaking tour for the first time using a bevy of handpicked wenches (that's the term Willie prefers, I hear). The result was a tad, eh, awkward: 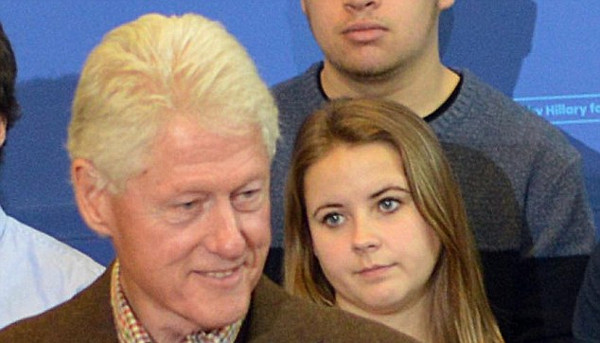 "Funny, he doesn't look like the usual abusers I see on America's Most Wanted." 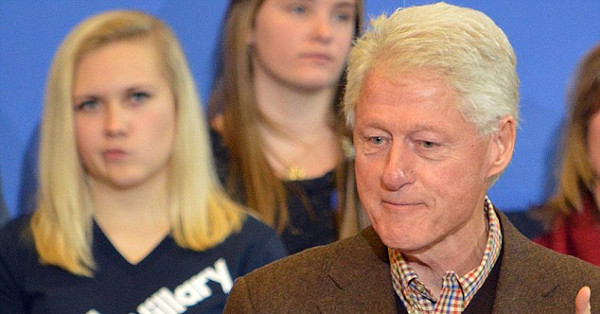 "How much for the little girl?"

"You musta been quite the number before electricity."

"It's all in the parenting"; kids revel in being used as props for a serial misogynist.
As a reminder, the following is a partial list of Clinton's various accusers, including Paula Jones, to whom B.J. paid $850,000 to end her legal actions against him.

John Nolte was kind enough to summarize a complete list of women who claimed to be victimed by Bill and Hillary Clinton.

I'm not sure how any female could read these accusations and admissions and support any Clinton.

Scum.
This piece of human garbage really thinks he and his pathological lying wife are entitled to rule over us?
Only psychopaths and sexual predators think like that.

Bubba and Killary are serial liars and white trash personified. How anyone in this great nation of ours could even consider voting for the foul-mouthed, phony, lying, corrupt Killary Clinton is simply a tragedy. The democrats pander to the lowest common denominator, offering "free stuff" from cradle to grave for votes. They both should be shunned and ridiculed every minute of every day and ignored until they go away. And, that goes for their butt ugly daughter too.

It would appear that the women still backing the Clintons must like it a little rough?