Democrats’ filibuster on the motion to proceed to Ryan’s show vote comes one month after Speaker Ryan sent President Obama a blank check to fund visa issuances to nearly 300,000 (temporary and permanent) Muslim migrants in the next 12 months alone. Ryan’s decision to fully-fund Obama’s immigration agenda arguably ceded any leverage he may otherwise have had over Democrats and ensured the large-scale migration into America would continue and grow.

Ryan’s inability to develop a winning strategy suggests he failed at what he has called the “first duty of the government.” Ryan declared after the SAFE Act’s initial passage in the House:

The first duty of our government is to keep the American people safe. That’s why, today, the House will vote on a plan to pause our Syrian refugee program… If our law enforcement and intelligence community cannot verify that each and every person coming here is not a security threat, then they shouldn’t be allowed in. Right now, the government can’t certify these standards, so this plan pauses the program. It’s a security test—not a religious test. This reflects our values. This reflects our responsibilities. And this is urgent. We cannot and should not wait to act—not when our national security is at stake.

Ryan informed the press that he had “reached out to our Democratic colleagues” in crafting the plan, and touted his acquisition a “veto-proof majority”—which no longer seems relevant since the Senate blocked further movement on the bill. 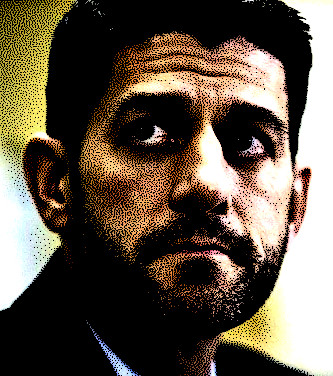 While Ryan and House Republicans celebrated their supposed political victory— preparing to fully fund Obama’s refugee plans while offering up a show vote— Sen. Harry Reid (D-NV) never seemed concerned. As The Hill reported at the time: “When asked about the prospect of Obama vetoing the legislation, Reid said, ‘Don’t worry, it won’t get passed. Next question?’”

Although many House Republicans seemed convinced that putting forth a toothless bill was a brilliant strategy, many conservatives were not. For instance, Rep. Walter Jones (R-NC)’s office denounced Ryan’s bill as a “show vote” that would “do nothing to cut off the funding for President Barack Obama’s plan to import tens of thousands of Middle Eastern refugees into the U.S.” Jones explained that, “defunding President Obama’s refugee program is the only way to ensure there is an actual halt to a refugee influx.”

Hot Air’s AllahPundit even observed that Democratic Sen. Dianne Feinstein (D-CA)’s bill was more substantive than Paul Ryan’s: “Another irony: when you compare the House GOP’s bill to what Senate Dems are pushing, it’s the Democratic bill that’s more substantive.”

Mark Levin slammed Ryan’s entire proposal as a fraud. “You’re not securing the homeland, you’re pretending to secure the homeland,” Levin declared, later tweeting out: “Washington fighting over phony policy and want you to think it is serious.”

Sen. Jeff Sessions (R-AL) explained that the legislation Ryan pushed through the House “allows the President to continue to bring in as many refugees as he wants from anywhere in the world.”

Given these reactions, it is unsurprising that there was no public momentum behind Ryan’s bill.

But Ryan further ensured there would be no momentum for his strategy— and no pressure on Democrats— by attacking conservatives’ desire to block Muslim immigration. Ryan went to great lengths to ensure America that, as long as he was in charge, no proposals to restrict mass Muslim migration would be tolerated.

Ryan—who, according to recent reports, is “rapidly emerging as Republicans’ anti-Trump” and as a “counterweight to Trump”—made a concerted effort to frame his refugee plan in this light.

Indeed, in early December, Ryan held a press conference publicly condemning the GOP frontrunner’s proposal to temporarily pause Muslim migration. Ryan declared that Trump’s plan “is not conservatism”—even though 65% of all conservative voters think America should allow zero refugees from the Middle East into America, according to Rasmussen. Ryan also adopted the left’s talking point—insisting that there is no need to curb Muslim migration into the United States because “the vast, vast, vast majority of Muslims are peaceful and believe in pluralism, freedom, democracy and individual rights.”

It was never publicly explained by House Republicans how there would be momentum for their strategy if Speaker Ryan was using his pulpit to ensure America that massive Muslim immigration would make America a more free, peaceful, and democratic nation.

Similarly, in a nationally televised interview with Sean Hannity, Ryan ruled out the possibility of curbing Muslim migration, proclaiming: “That’s not who we are”.

Perhaps most noticeably, Ryan helped recruit Nikki Haley to deliver the Republican’s State of the Union rebuttal, in which Haley criticized Trump’s proposal to curb Muslim migration and made the case for functionally unlimited immigration.

By framing Muslim immigration as a huge positive for America, and by putting up a show vote that did not reduce Muslim immigration in any way, the result was that there was no capacity to put any public pressure on Democrats to change their position. One aide Breitbart News spoke with put it this way:

If we wanted to beat Democrats, we needed to highlight the attacks on women carried out by Muslims, highlight the sinister spread of Female Genital Mutilation, highlight the welfare costs, and cultural dangers, the spread of radical Islam inside our borders. Then, we need a proposal to actually pause Muslim immigration. Instead, Paul Ryan celebrated the idea of unlimited Muslim immigration— with all its transformative effects— while putting forward a bill that did nothing. Democrats never broke a sweat. Having Ryan in charge of refugee strategy is like putting the world’s fattest man in charge of your diet plan.

Indeed, Ryan seemed much more eager to collaborate with Democrats. When pressed about his refugee bill, Ryan expressed his desire to cooperate with Democrats— not dissimilar from his $1.1 trillion omnibus spending bill, which was praised by Rep. Nancy Pelosi (D-CA), Reid, and the White House. Ryan said:

Conservative icon Phyllis Schlafly warned fifty years ago that the donor-class—or Kingmakers, as she calls them—who control the Republican Party prefer lawmakers and candidates “who would sidestep or suppress the key issues” by compromising with Democrats on the issues that matter to Republican voters.

Schlafly explained that in doing so, the Kingmakers are able to create an ostensible consensus between both Party leaders—and, as a result, voters are denied their ability to choose a party that represents their interests, since both parties represent merely an echo of the other side. Thus, Ryan’s declarations that, “We don’t think this should be a Republican or Democrat issue,” and “We’re trying to make this bipartisan,” and “This should be about keeping America safe” bears striking resemblance to what Schlafly warned about in 1964:

The kingmakers and their propaganda apparatus have launched a series of false slogans designed to mask the failure of their candidates to debate the major issues. Some of these are the following: ‘Politics should stop at the water’s edge.’ ‘We must unite behind our President who has sole power in the field of foreign affairs.’ ‘Foreign policy should be bipartisan.’

In response to today’s failure, Ryan issued a tepid five-sentence response reproaching Senate Democrats’ maneuver as “irresponsible.” While Ryan’s strategy turned out to be unsuccessful, the outcome was not perhaps entirely surprising. In his “bold” Republican agenda released last week, Ryan— who has a two-decade long history of pushing mass immigration — did not include a word about an immigration crackdown. But, considering Ryan’s previous claim that migrants from the third world make the “best Americans,” Ryan himself may regard his own strategy as highly successful.

Paul Ryan didn't sell out what he stands for. He's an Obama Democrat.

Is anyone surprised at this point?

No wonder Trump will be 45th President . as stupid Paul Ryan and the rest of Rino Congress sells out American peolpe once again
No more money for Rinos ,nor no more votes ,support for These Paul Ryan fools..them just democrats
I got email from Rino Congress dope asking for money .. he got the message

"So because this guy was McConnell’s attorney, you think he must support McConnell personally, and as such, his support of Cruz must be suspect...

You don’t know much about attorneys do you? Just because an attorney works for you doesn’t mean he supports you or shares your beliefs. It means you are paying him to represent you.

Now, if you can provide statements that this person has made that were NOT made in the context of his representation of McConnell that indicates that he supports the GOP-e, then I would have to question why he is supporting Ted - but my questioning about HIS goals and intentions, not Ted’s."

You Trump supporters are loons. Trump is a fake conservative. He is a New York liberal/socialist democrat. Just because he is running under the R ticket does NOT change WHO AND WHAT HE IS. A big government RINO.

We have a real chance to put someone in office who genuinely defends the constitution and wants to shrink the size and scope of government.

Trump is not interested in any of this. He knows what to say and how to sell himself, and he knows conservatives want border security so he hammers it.

But beyond that, his record is a train wreck. He supports single payer health care. His son is out there trying to ease the fears of those who are concerned about Trump's deportation plan.

As for not caring about ethanol, one of Trump's key selling points is he'll stand up to the political machine. How is pandering to a massive energy boondoggle - is THAT a sign that he's going to fight for us?

His deal making is also a bad sign. The establishment is gathering around him because they know he's not principled. He's a people pleaser. So he'll get us deals that will screw us all over. How is that a good thing?

So I'll fight for the Constitutional Conservative. He'll also take a hammer to the establishment and entrenched special interests. But unlike Trump, he seeks to restore the Constitution and the separation of powers. He seeks to shrink government. He rejects socialized medicine. He has a record of fighting for border security, the 2nd amendment and first amendment.

And lastly, unlike Trump, he's never said," "I have always come down on the side of security. To me, it's the most important," Trump told CBS News -- even if it means encroaching on the Bill of Rights.

Anyone with two brain cells to rub together (and, unfortunately there are far too many who don't) wouldn't touch Trump with a 10 foot pole, let alone vote for him to lead our country.