The liberal media avoid reporting on President Obama’s many scandals at any cost, and Fast and Furious is no exception. Despite the media’s studied avoidance of these scandals, their impact continues. When Bureau of Alcohol, Tobacco and Firearms agents discovered that a weapon from Fast and Furious was found in Joaquin “El Chapo” Guzman’s Mexican hideout, there was virtual silence from the mainstream media.

But U.S. District Court Judge Amy Berman Jackson’s ruling that President Obama cannot use executive privilege to prevent the release of records to Congress has the potential to breathe new life into this ongoing scandal. “Berman Jackson limited her order to information not covered by other protections and told the Justice Department to produce it by Feb. 2,” reports Bloomberg. The judge is an Obama appointee, and yet none of the network evening news shows found this story to be newsworthy. The only mention of it in The Washington Post was in an online blog, PowerPost, under the heading “Hot on the Right,” that linked to a Politico story. You see, it’s a story that only appeals to conservatives, so why bother to put a reporter on it?

The weapon retrieved from El Chapo’s hideout was a .50 caliber capable of destroying a helicopter, according to Fox News. A weapon of this size could have, undoubtedly, led to many more lives lost. Yet this has received scant coverage.

Instead, the mainstream media are riveted by the discussion of President Obama’s executive orders. As we have recently reported, California has some of the strictest gun laws in the union, yet Tashfeen Malik and Syed Rizwan Farook were able to kill 14 people and wound many others in San Bernardino.

USA Today and other news organizations are particularly concerned with the background check backlog that has burgeoned since October 2015. “The enormous stakes are not always apparent, until the first reports of a new mass shooting echo across social media or cable television,” wrote Kevin Johnson for USA Today on January 20. He pointed to Dylann Roof’s Charleston Church shooting as an example of how faulty background checks could result in American deaths.

This is the height of hypocrisy. Mainstream media reporters are worried about the consequences of faulty background checks—but not the approximately 2,000 weapons sold through Fast and Furious.

During Fast and Furious, members of the ATF told gun sellers to look the other way during suspicious transactions. “A number of Federal Firearms Licensed (FFL) gun dealers in the Phoenix area routinely contacted ATF when they noticed suspicious customers attempting purchases; for example, someone ordering large numbers of …’weapons of choice’ used by the Mexican drug cartels, and paying with large sums of cash brought in a paper bag,” reported Sharyl Attkisson when she was still at CBS. “But starting in fall 2009, instead of stopping the transactions or questioning the customers, ATF often encouraged select gun dealers to go ahead and complete suspicious sales.”

Attkisson received Accuracy in Media’s Reed Irvine Award for Investigative Journalism in 2012 for her excellent coverage of the Fast and Furious scandal, and for following leads where others shied away. 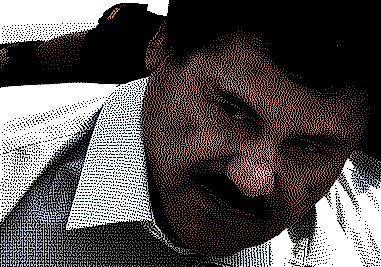 Those talking points, issued in January 2011, state that “These cases demonstrate the ongoing trafficking of firearms by Mexican [drug trafficking organizations] and other associated groups operating in Arizona and the need for reporting of multiple sales for certain types of rifles in order to ferret out those intent on providing firearms to these criminal groups.”

Not only have Fast and Furious guns resulted in hundreds of dead Mexicans, these weapons have also traveled back across the border and been used to attack or kill Americans, such as Border Patrol agent Brian Terry. The weapons have also been connected to an Islamic terror attack.

“…the scandal took on a new dimension with the revelation that Nadir Soofi, one of two Muslim terrorists killed attempting to murder attendees of a ‘Draw Muhammad’ cartoon contest held in Texas in May, had acquired one of the guns he owned as a result of the Fast and Furious operation,” reported John Fund for National Review last August. “This meant that the Bureau of Alcohol, Tobacco and Firearms was in the position of indirectly selling Islamic terrorists one of the weapons they may have used in an attack on Americans on American soil.”

“See, this all occurred at a time when reining in out-of-control, unaccountable law-enforcement officials wasn’t a priority to the Left,” noted Jim Geraghty of National Review on January 20. “It is now, but, eh, sorry, you missed the news cycle.”

Obama’s gun control measures mean little if the administration has already let those who should never have received access to American guns simply walk away with everything.

Investor’s Business Daily summed it up this way:

But don’t expect the White House to suddenly become cooperative. Jackson gave the administration until Feb. 2 to turn over the documents, which happens to be Groundhog Day. And like the classic movie, the administration will likely repeat its foot-dragging efforts in the hope that it will be safely out of office before anyone really knows what happened and why.

Republicans in Congress and the public at large should demand that the administration come clean now, if for no other reason than to honor Brian Terry’s service.

The sad fact is that most of the media have been so dishonest that they refuse to acknowledge any scandal as being tied to President Obama or his administration. David Brooks, the supposed conservative at The New York Times, commented last year that President Obama had run “an amazingly scandal-free administration.” Sure. Maybe if you don’t count Fast & Furious, using the IRS for political purposes, Benghazi, Solyndra, the Veterans Administration deprivation of timely health care, resulting in many deaths, and the State Department mishandling of classified materials, just to name a few. And each of those has included stonewalling by the administration, lies and cover-ups.

That weapon WAS NOT a "machine gun" It was an M-82 Barrett semiautomatic rifle in Cal. 50 Browning. It's primary use by the military is as a long range anti-material rifle.---Ray

Guy, thanks, I've updated the post to note the correction.

In my haste, I'd somehow thought that this was a belt-fed .50 cal... I think I might've read that somewhere about El Chapo --- my mistake.