About two weeks ago, I wrote that we should "Stick a fork in Hillary, because she's done."

In that particular case, emails revealed that then-Secretary of State Clinton had instructed aides to strip classification headers from secure documents and send them over insecure channels. Which, by my count, was felony #336 committed by Ms. Clinton and her aides, who conspired to co-mingle State Department, Clinton Foundation transactions, and related criminal activity using a private email server that operated outside public scrutiny. 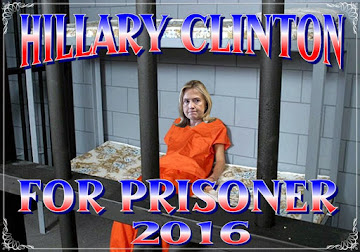 SAP information is classified at an even higher category than the “top secret” emails which McCullough found on Clinton’s server last summer. That discovery triggered a Justice Department investigation into Clinton’s peculiar email arrangement and prompted the FBI to seize her server in August.

In addition to the TOP SECRET and TS/SAP emails, the Obama State Department also retroactively classified nearly 1,350 emails that Clinton sent or received.

There are a lot of details that need to be fleshed out still in terms of the IG’s findings but the one unmistakable point that has emerged from all of this is how abysmally incompetent State has been in handling security protocols. Its failure to protect its own information at such a systematic level violates the most basic tenets of information security and is inexcusable.

In fairness to the State Department, another email disclosure today revealed that Huma Abedin, Clinton's top aide -- who has been linked to the Muslim Brotherhood Islamic terror group -- rejected the State Department's request that the Secretary use an official email account like normal folk:

Bombshell emails from the State Department show that a top official at the agency suggested to Hillary Clinton’s aide, Huma Abedin, in August 2011 that the then-secretary of state begin using a government email account to protect against unexpected outages of her private email server.

But as the emails show, Abedin pushed back on the suggestion, telling the official, Stephen D. Mull, then the executive secretary of the State Department, that a State-issued Blackberry equipped with a state.gov email address “doesn’t make a lot of sense.”

Besides showing that Clinton’s top aides were against the idea of her using a state.gov email account, the emails show for the first time that top State Department officials were aware of Clinton’s private email server arrangement.

I wish there were instruments called Criminal-o-meters, which could measure the severity of lawbreaking. And I wish I could hook one up to Hillary Clinton, her State Department, the Clinton Foundation, and Bill Clinton's multi-million public speaking tours, because it would literally explode into a million pieces, like the best fireworks you've ever seen.

The Sanders campaign could not be reached for comment due to an ongoing, celebratory Bong-a-thon.


Great news, but I'm thinking there is still plenty of time for the gopE/repubics to blow this election.

I've handled classified material, including TS/SCI and SAP. I can't fathom why anyone would be so cavalier in their use of it. I fear that our justice system is so thoroughly compromised and politicized that nothing will come of this.

What does it say about liberals (er, now "progressives") who look willing to nominate for their candidate a man who ran for Senate as an "independent" and who is an avowed socialist?

In case it has slipped anyone's mind, socialism is the fraudulent ideology where people vote for the government to force everyone to live at the expense of everyone else. Anyone who has read the Bible should see how this must directly violate the Commandments that forbid coveting and theft. When socialism was first proposed, it was said that workers would have higher wages and greater personal prosperity. After 100 million people died while trying and failing to make that come true, the public is now told they must vote for socialism so as to make society more "equitable."

Never mind that the people who are advocating socialism are some of the wealthiest people in the country. Socialism is built on the ideology determining truth, which itself is a grand lie, yet another Commandment violated.

Socialism is the enemy of humans and human progress. It is evil and it must be stopped.

The permanent lie becomes the only safe form of existence, in the same way as betrayal. Every wag of the tongue can be overheard by someone, every facial expression observed by someone. Therefore every word, if it does not have to be a direct lie, is nonetheless obliged not to contradict the general, common lie. There exists a collection of ready-made phrases, of labels, a selection of ready-made lies.”

– Alexander Solzhenitsyn on the pervasiveness of lies in the socialist society

Once society abandons free pricing of production goods rational production becomes impossible. Every step that leads away from private ownership of the means of production and the use of money is a step away from rational economic activity. ...

Without calculation, economic activity is impossible. Since under Socialism economic calculation is impossible, under Socialism there can be no economic activity in our sense of the word. In small and insignificant things rational action might still persist. But, for the most part, it would no longer be possible to speak of rational production. In the absence of criteria of rationality, production could not be consciously economical.

from:
Socialism: An Economic and Sociological Analysis
by Ludwig von Mises (1st published in 1951)

PART II THE ECONOMICS OF A SOCIALIST COMMUNITY, Chapter 5, The Nature of Economic Activity

Page 105 in the pdf:
http://mises.org/books/socialism.pdf

" nothing will come of this."

nuff said. They don't eat each other. It's all sickening.