Is This the Most Terrifying Photo of 2015?

Aside from a terrific economy, the next president of the United States will inherit a delightful global security landscape.

Red China is building islands in the Pacific and threatening its neighbors. Russia annexed Crimea and portions of Ukraine after Hillary's infamous "Reset" stunningly failed to strike a chord with Vladimir Putin.

Syria walked over President Obama's "red line" by using chemical weapons, stomped on it, and then kicked sand in his face.

Iran struck a deal to continue its pursuit of nuclear weapons and ballistic missiles while securing a tens of billions of dollars to expand its growing terror network and strengthen its military arsenal.

Finally, the illegal Clinton-Obama war in Libya touched off the rise of the Islamic State in North Africa to accompany its fellow misunderstanders of Islam in the rest of the Middle East and beyond. Paris, San Bernardino, and dozens of other venues became bloody theaters of war as ISIS secreted itself among refugees fleeing a Middle East set ablaze.

But of all the catastrophic results of the Hillary Clinton/Barack Obama cornucopia of global calamity, nothing matches the barbaric actions of the non-Islamic Islamic State:

2015 was a year of many impressions coming out of the so-called Islamic State. Images that are hard to forget.

It was a year when ISIS tried to come up with the most gruesome way of executing people.

And last year, or the last two years, the world has been forced to learn about Islamic slavery... 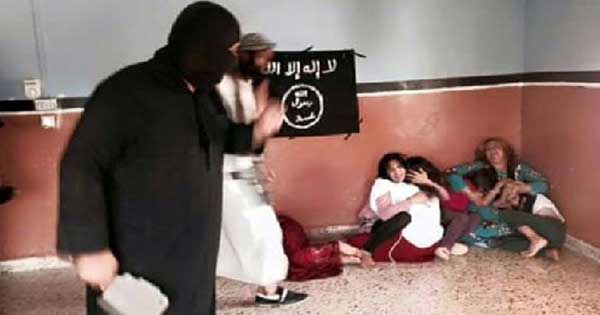 ...Terrorism from ISIS and other Islamic groups in 2015 has created thousands of pictures of fear, despair and terror, but one picture perhaps stands out.

According to a user on Liveleak, who has uploaded the picture, he claims this is the most terrifying photo of 2015... [and it's] hard to disagree... He writes:

"This is the most Terrifying photo of 2015 apparently found on a cell phone of a dead ISIS fighter in Mosul, depicting the moment when Islamic State Terrorists entered a house and capture the entire family, including kids and young girls and their terrified mother. While one of them is holding a meat-cleaver, the other is advancing toward the mother as the Islamic State flag is already up on the wall. What they usually did to Christian and Yazidi women was to behead/kill the older “unwanted” women and enslaved young kids and girls, all that was done in front of the girls to keep them submissive in a permanent state of terror." 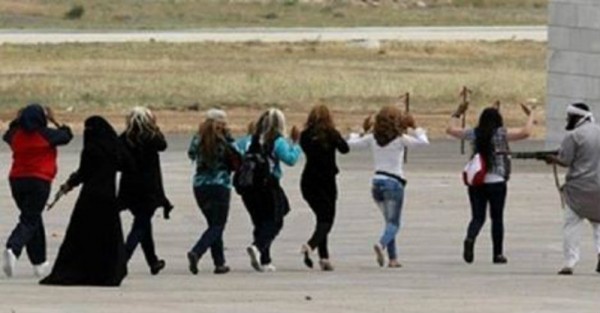 Can you imagine if this was your family?

Yes, there's a "war on women" going on, but it's not the one the idiots in the Democrat Party like to market to our utterly corrupt media.

Red China is developing ports in the Caribbean---outside Kingston Jamaica, to be specific.