Hillary Clinton’s political future is caught between an old hippie and the FBI.

Under fire, her collapsing campaign is retreating into paranoia and conspiracy theories. The Intelligence Community Inspector General, an Obama appointee, is being accused of conspiring with Republicans. The rise of Bernie Sanders is being attributed to “dark money” and political enemies by Clintonworld.

Hillary Clinton has a longstanding tendency to turn to a dark conspiratorial mindset when things don’t go her way. She blamed her husband’s affair with Monica Lewinsky on a “vast right-wing conspiracy”. Her close friend’s papers reveal that Hillary thought Bill had been “driven” to the affair by his “political adversaries”. It was easier for Hillary to blame her husband’s misbehavior on Republicans than to deal with reality. And her campaign is showing that her worldview hasn’t changed any since then.

The real story is that Hillary Clinton’s paranoia preemptively trashed her own campaign.

The entire FBI investigation would not exist if Hillary Clinton had just followed the law. Instead she chose to engage in a preemptive cover-up of her emails as preparation for her presidential campaign. The job of Secretary of State had never meant anything to her except as a stepping stone to the White House. She took it to fundraise and build up her resume while maintaining total control over her emails, in violation of the law, while displaying no regard for national security by storing highly classified materials on her own server. But instead of protecting her campaign, the cover-up created its biggest challenge. 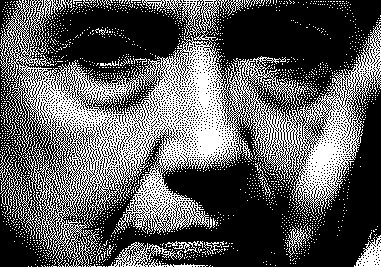 The revelation that emails containing beyond top secret intelligence from "special access programs" ended up on her server, which according to a former CIA officer placed the lives of intelligence sources in danger, shows that Hillary’s paranoia not only endangered national security, but even risked lives.

The same thing happened once again with Bernie Sanders. Hillary Clinton was so determined to avoid a contested primary that she raised obscene amounts of money to intimidate potential rivals. This desperate fundraising strategy instead backfired by creating controversies around some of her donors and alienating the voters that she was raising money to influence.

Instead of running a normal campaign, Hillary Clinton was surrounded by corporate branding experts who wanted to market her just like Coca Cola. Meanwhile Hillary, who had famously insisted that anyone appearing in a photo with her had to pose and then wait for her to show up, not only avoided interviews, but had a rope line to keep reporters away. Hillary’s corporate campaign was boring and controlling. The Bernie Sanders campaign was a novelty and it didn’t try to rope off reporters.

Now Hillary Clinton will do just about any press, chasing after the reporters whom she had been keeping at arm’s length, but it’s already too late. Hillary Clinton’s attempt to avoid a competitive primary created the very conditions that made it into a competitive primary. Her paranoia has been creating these self-fulfilling prophecies and sabotaging her political ambitions all along.

By trying to avoid a competitive primary, Hillary Clinton actually ended up creating one. Her real issue isn’t Bernie Sanders. It’s her own paranoia. Instead of using her huge advantages in money and name recognition to better compete, she tried to use them to completely shut down the process.

With both her emails and the campaign, Hillary Clinton’s actions were unnecessary; they drew attention to the things she was trying to conceal and brought about the very outcome that she had tried to avoid.

And Hillary’s uncontrollable paranoia raises more troubling questions about her fitness for the job.

We have already seen Bill’s White House, its decadence, corruption and abuses of power, but we haven’t seen Hillary’s White House yet. Instead we’re getting a disturbing preview of it in her troubled campaign. It’s a dark and paranoid White House whose mistress is obsessed with phantom threats.

Hillary’s White House would be a seething hive of preemptive cover-ups. Surrounded by angry conspiratorial advisers like Sidney Blumenthal and David Brock who have spent many horrid years feeding her paranoia, like drones shoving black rotten jelly into a queen bee, her White House would be obsessed with domestic political threats from her legion of enemies on the left and the right.

Decisions would be made by a small inner circle. Outside voices would have little access to a shut-in White House that would see political threats coming from every direction. Journalists would be shut out. Transparency and accountability would be non-existent. Laws would be broken left and right and every issue, from foreign policy to domestic decisions, would be analyzed for a dark conspiratorial agenda.

Everyone working in the White House and even anyone in the entire country might at any time be blamed for another Hillary failure, tarred, targeted and imprisoned on dubious charges.  Every setback would be blamed on vast conspiracies by Hillary’s enemies. The White House would spend most of its time fighting shadowy political threats and resorting to illegal tactics to suppress scandals and shut down opponents. Imagine four to eight years that play out like the last days of the Nixon administration.

Hillary Clinton has always been Bill’s dark side, the shadow to his sunny disposition. A Hillary administration would take the worst aspects of his White House and make them into its mandate.

Hillary Clinton’s paranoia would create a terrifyingly dark White House, but it’s also the attitude most likely to keep her out of the White House. As the challenges, legal and political, mount, Hillary will retreat deeper into her paranoia and her campaign will become an ugly reflection of its mistress. The fuzzy corporate branding will give way to hysterical accusations and paranoid conspiracy theories.

It happened before and now it’s happening again.

Hillary Clinton has always been her own worst enemy. Now her fear and anger are destroying her future.

The Wicked Witch of the East indeed, but the critical element is the unseen capital of politics. Reason is fine, facts are dandy, but has Hillary connected herself in a way that will make her a floater? Many good people have been destroyed by the politics of personal destruction, but as we turn the coin, will this specimen rise because no matter how wicked, there are agenda driven forces at work to wink, nod, and empower?
We shall see if America is really free.