Bad news for Hillary Clinton as new revelations further undercut the former Secretary of State's claims that she never received or sent classified emails stored on her home-brew email server.

Fox News's Catherine Herridge is reporting that intelligence officials will not be releasing some of Hillary Clinton's emails because doing so would be "too damaging" to national security. 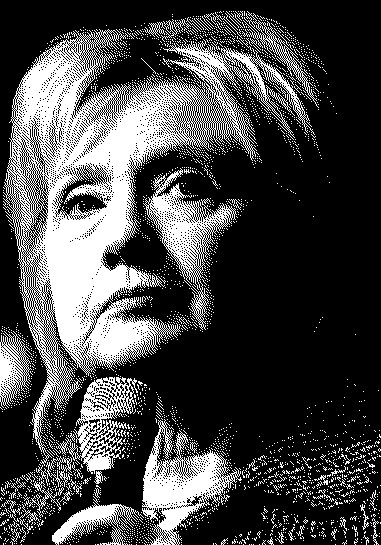 The intelligence community has now deemed some of Hillary Clinton’s emails “too damaging" to national security to release under any circumstances, according to a U.S. government official close to the ongoing review. A second source, who was not authorized to speak on the record, backed up the finding.

The decision to withhold the documents in full, and not provide even a partial release with redactions, further undercuts claims by the State Department and the Clinton campaign that none of the intelligence in the emails was classified when it hit Clinton's personal server.

But you don't have to take Fox News' word for it.

The Associated Press is now reporting that the Obama Administration is has confirmed the highly classified nature of the emails found on Hillary Clinton's home-brew server. The AP writes that, "The Obama administration confirmed for the first time Friday that Hillary Clinton's unsecured home server contained some of the U.S. government's most closely guarded secrets, censoring 22 emails with material demanding one of the highest levels of classification."

Another batch of emails is expected to be released later today.

The new revelations come on the same day that former House Oversight Committee chairman Darrell Issa tells The Washington Examiner that "the FBI director [James Comey] would like to indict both Huma and Hillary as we speak."

Think about this for a minute.The Russian and Chinese state employed hackers have obviously hacked Hillary's home,swing-out-from-the-wall home server.They,and probably many more of our nation's worst nightmare enemies have the information in those most secret messages.So now,years after they've been gathered by foreign intelligence,obama's keystone kops decide they are too sensitive for we,the people to ever see,even in redacted form.We only get the assurance from known liars that they are really,really bad,just in time to torpedo the clinton cash commissar's presidential run.The obama gang gets,in the most petulant way possible,to substitute a candidate of their choosing to 'rescue' the party,and preserve a 'legacy' that makes Jimmy Carter's and Richard Nixon's look positively..uh..positive.We,the people,are probably the only interested parties who HAVEN'T seen the ultra secret messages.Maybe we should ask rabid Vlad Putin or whoever the current cookie cutter leader of communofascistsortofcapitalist China is to release them,so we know just how badly the clinton cash commissar sold us out.