Pro-life women leaders from Iowa as well as the heads of national pro-life organizations are speaking out and urging Republican caucus-goers and voters to support anyone but Donald Trump. The following letter will be sent out to pro-life Iowans today.

As pro-life women leaders from Iowa and across the nation, we urge Republican caucus-goers and voters to support anyone but Donald Trump. On the issue of defending unborn children and protecting women from the violence of abortion, Mr. Trump cannot be trusted and there is, thankfully, an abundance of alternative candidates with proven records of pro-life leadership whom pro-life voters can support. We have come to this conclusion after having listened patiently to numerous debates and news reports, but most importantly to Donald Trump’s own words.

The next president will be responsible for as many as four nominations to the Supreme Court. 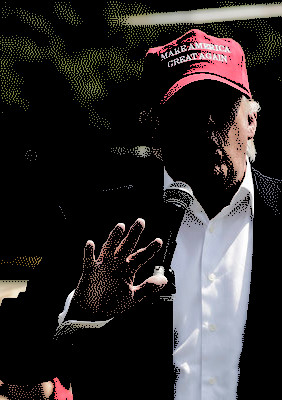 Mr. Trump has given us only one indication about the type of judges he would appoint, and it does not bode well for those who would like to see the court overturn Roe v. Wade. Mr. Trump has said his sister, Judge Maryanne Trump Barry, who struck down the Partial Birth Abortion Ban in New Jersey, would be a “phenomenal” choice for the court. Earlier this month, Mr. Trump also said he thought pro-choice Senator Scott Brown would make a “very good” Vice President. If one truly believes, as we do, that abortion is the taking of an innocent human life and is committed to the pro-life priorities of ending abortion after five months, and defunding the nation’s largest abortion business, Planned Parenthood, it would be a disaster to have a vice president who disagrees.

Moreover, as women, we are disgusted by Mr. Trump’s treatment of individuals, women, in particular. He has impugned the dignity of women, most notably Megyn Kelly, he mocked and bullied Carly Fiorina, and has through the years made disparaging public comments to and about many women. Further, Mr. Trump has profited from the exploitation of women in his Atlantic City casino hotel which boasted of the first strip club casino in the country.

America will only be a great nation when we have leaders of strong character who will defend both unborn children and the dignity of women. We cannot trust Donald Trump to do either. Therefore we urge our fellow citizens to support an alternative candidate.