I like Donald Trump and would support him for president if he were the nominee. Even with another northeastern liberal Republican -- Scott Brown, who Trump has floated as a VP candidate -- on the ticket.

But my clear favorite is Ted Cruz, because he's the one Constitutional conservative who actually goes to war for what he believes. In 2013, he single handedly shut down the government in an effort to defund Obamacare (a promise that Mitch McConnell made to voters in Kentucky that he quickly abandoned). He called out his own party's leader on the Senate floor for lying to conservatives. He's meant what he's said and he's said what he meant, something precious few politicians ever do.

What does Donald Trump actually stand for? What do we call the Trump movement? Does it have successors as Cruz appears to be to Reagan?

Given a choice between Cruz and Trump, it would appear the GOP establishment has figured it can work with the Donald. So says the Washington Post and many others: 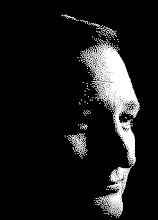 Republican donors, who had long assumed that the outsider candidates would self-destruct and that voters would rally around someone such as former Florida governor Jeb Bush, are suddenly adjusting their thinking and strategies.

Spencer Zwick, the national finance chairman for Mitt Romney’s 2012 campaign, said power brokers and financiers are now trying to cozy up to Trump in various ways, such as reaching out through mutual friends in New York’s business community.

“A lot of donors are trying to figure their way into Trump’s orbit. There is a growing feeling among many that he may be the guy, so people are certainly seeing if they can find a home over there,” he said.

And one of the main voices of the GOPe -- Rupert Murdoch -- agrees:

From my convos,GOP estab mood on Trump moving from fear/loathing to resignation/rationalization,ie he'd run better than cruz & slam Hillary

As NBC News reported a couple of days ago:

Which explains the meltdown Mr. Trump appears to be having on Twitter.

Does Ted Cruz have flaws? Sure. Can you name a human being who doesn't?

Trump attacked first, but not based upon policy differences, instead resorting to the patently idiotic truther-birther issue (right, the son of a female soldier born in Germany can't run for President?) and then claiming Cruz is owned by the banks (pretty funny coming from a guy who owes tens of billions, I'm guessing, to the banksters).

Look, fact is that not too long ago Trump supported an assault weapons ban and a woman's right to have her baby torn limb-from-limb at 40 weeks. He called it "New York values" back then.

By contrast, Cruz has been a staunch Constitutional originalist since his collegiate days.

Cruz has been, if nothing else, unwavering in his willingness to defend the Constitution.

But I can't exactly say with conviction the principles Mr. Trump stands for. What movement does he represent?

What kind of Supreme Court Justices he would name? Would a Trump court further eviscerate the Second Amendment, beyond all of the degradations we currently endure?

The net result is that the GOPe is going to work a deal with someone who is, no doubt, flexible. A dealmaker. A negotiator.

Which means the GOPe will back Trump, not Cruz. Vote accordingly.

I should hope Trump is losing to Cruz.
The Trump bots are extremely aggressive and channeling Alinsky.
If Trump is indeed looking to the very RINO milquetoast Scott Brown as his VP, we are not talking about any principled Conservative (which he is not), but a Progressive management of the decline of the US, a la "Philip Drew, Administrator".
God help us.

I'd half expect Trump to pick a progressive Vichy Republican. Why not pick Ryan.

Trump lost my vote when he started his attacks on Cruz. Besides the chances that Trump is another Obama are way too close for comfort. Name me one subject where Trump has maintained a consistent position for ten years.

"Does it have successors as Cruz appears to be to Reagan?"

This is kind of sad.Cruz can't stand on his own like Donald Trump, so his boosters always have to try to latch him onto someone else.

Well, how about comparing him to Karl Rove instead, whom he worked with when they were both working for George W. Bush?

See, let me tell you about Reagan. Ronald Reagan didn't divide people, inflame cultural wars, try to shrink the GOP to a regional party and then rile up the few who were left. Karl Rove did that, and Ted Cruz is trying to do that now.

Ronald Reagan broadened the Republican base, brought in hard working blue-collar folks who felt left behind by the Democrats, carried New York twice, and won 49 states.

Ted Cruz is no Ronald Reagan.

I know you read The CTH Doug. There is an excellent post up right now on how slimy a mofo Cruz has been. This crap about how he stood up to McConnell is throughly torn apart. How do you ignore that when posting something like this post?

People downplay Heidi's job at G/S but there a lot of traction here especially with the revelation about how Cruz "forgot" to list 2 loans, 1 from G/S, before his senate run. I'm telling you, he's a typical, bought and paid, politician.

In fact it's so damning that up till now I would have voted for Cruz had Trump lost-now? I probably would still but with that old feeling I had voting GHB, Dole, W, McCain and Romney. I am so tired of these shit sammichs.
MM

No one has fought the establishment in any way comparable to Reagan until Cruz. Trump has picked up on one issue only. Do you think he even has a clue as to Ludwig Von Mises is? I don't think Trump has any plans to initiate the dismantling of the progressive project. This is primarily an ego trip for him.

Cruz is a pretend Conservative, someone who calculates (from those who calculate for him) what moves to make to look like a Conservative, but vote for the no-longer-Republican Uniparty in every pinch -- whenever it counts. TPA (no regular treaty vote for TPP), Amnesty, Iran, loans from Wall Street while he pretends he is spending his hard-earned savings, no real, scientifically hard-hitting hearing on "global warming". Oh, and when did he declare his American citizenship? Why are his records sealed? What's this love-fest with Beck? I'm sorry. I was suckered, too. But Cruz is a Uniparty wolf in sheep's clothing and the worst slimy, calculated kind. His crafty deceptions IMO are designed to make us doubt the Tea Party movement, the honorable Conservatives. When our "hero" is taken down, we will be so disappointed that we will have no heart to continue the real fight. Does this sound like the last so-called Republican candidates we, the defeated after the conservative flavor of the month candidates, were lulled in to support?

RE: CRUZ "going to battle for what he believes"
It's easy to LOOK NOBLE/principled "going to battle"
when you know you're going to lose.
What has Cruz ever WON?! Next to NOTHING.

And then Something Changed.

*October 2013 – Cruz modifies his relationships within the Senate and joins NRSC and begins giving money from his leadership PAC to GOPe operatives.

*January 2014 – Cruz announces he will not support any challengers in ’14 mid-term elections.

*Mississippi and protection of Thad Cochran.

*July/August 2014 – Cruz says he doesn’t support McConnell any longer, yet remains on NRSC.

*June/July ’15 – Votes against his own TPA bill (cover) even though the rider he created insures its passage.

Trump's raising the question of Cruz's elegibility is a legal/political issue.
Cruz's NY values issue is purely personal. And childish.
WAY TO GO, Ted, throwing away ALL THE VOTES of an ENTIRE STATE.

Trump is INNOCULATING Cruz NOW from the issue when brought up LATER by the Dems.
People taking this personally are making a mistake.

And the GOP Establishment and Dems (sorry for the redundancy) THANK YOU for being suckered into the "divide and conquer" so the GOP can "broker" !Jeb! into the nomination, handing the election to Hillary.

Now I have a much better idea what Ted Cruz meant when he alluded to 'New York values' the other day...

Times Square may have cornered the market on romantic love, but the corner of 28th Street and 5th Avenue has become the go-to place in NYC for fans of onanistic self-love. London-based sex toy company Hot Octopuss opened the "GuyFi" booth at that location this week as a way for men to "relieve stress" in the middle of the workday. Next thing you know, food carts will be selling sex toys.

Well, of course, the U.S. Chamber of Crypto-Fascist, Crony Commerce donor class, once they see a winner will try and buy their way into power. They do this with every election. If Cruz was pulling the kind of national poll numbers Trump is pulling down, they would be trying to buy their way into a Cruz presidency as well.

The real point to consider is who has the financial wherewithal to tell these donors to stick their money up a place where only custom agents fear to probe?

It's one thing to talk about NY Values.
Everyone in the country - save perhaps the NYC Leftists - knows what it suggests.

IT'S FULLY ANOTHER to say Trump embodies - or subscribes to - them.
On that point, Cruz is dead wrong.

This isn't the first time I've heard the GOPe likes Trump more than Cruz. Rush and Hannity have been saying it too. I have yet to see proof of this, and I suspect this is an attempt to steer Trump supporters to Cruz, because we call all agree the GOPe should eat a shit sandwich in November.

This author uses the Washington Post as his source. I've watched the liberal media steer public opinion in GOP circles ever since I started paying attention. Is there a conservative out there - connected - who can verify this claim? If so, I haven't heard of any.

I pay close attention to the candidates and their websites as part of my GOP Rankings Report, and here is my observation: Some candidates post lists of their accomplishments with the expectation that voters will assume those accomplishments will continue. Others post policy proposals and campaign promises. Go to their websites to see for yourself. Cruz is in the former group, Trump is in the latter. Accomplishments are huge, but clear, quantifiable promises are better.

Last - none of these guys are true conservatives, and every one of them will disappoint us when in office. According to my Rankings Report, the highest score on a scale from 0-3 is 1.78, with most in the 1.0-1.4 range.

Cruz and Trump are both great and will get my support. But more Trump-hating and more crap about what the GOPe prefers is only going to have one result with me, if it continues. I'll pick Trump.

Karl, you know I love ya. I support Cruz and would also support Trump. I hope the Trump supporters would do the same. The GOP establishment fears both.

That said, as a commenter noted earlier:

If you do not have reservations about Trump by now when would you expect to have one? Trump's attacks make no sense. His floating of Scott Brown is going to win him what? Bernie's voters?

Is there anyone not concerned about Trumps wild swings on policy? I do not contest his skills and abilities, I do question the wisdom of attacking a "fellow" conservative. One must assume Trump exists in a unique sphere of existence that allows no challenges.

And this kind of behavior does bother me. It reminds me of another notoriously thin skinned, bombastic, plaster god, who in his mind is god.