WHERE IS THE INDICTMENT???

That is far more-serious than "garden-variety" classified data. 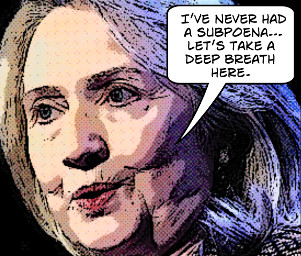 These, like TS/SCI clearances, exist because there is some data the government has which, if disclosed, is damaging.  For example the disclosure might so there is literally no such thing as a "non-harmful" disclosure of that piece of information.

Certain types of intelligence data falls into this category by definition because the information could have only come from one or a few possible sources and thus it merits enhanced security.

The transport or holding of such data on an unapproved network by someone who agreed to keep said data in confidence indictment.

The game of the ages is playing out before our eyes:
https://www.youtube.com/watch?v=9_OOrWQs33E

It's great how the Inspector General had to be read in to the various SAP programs that Hillary recklessly compromised.